The Right2Water campaign said Thursday there will be protests against water charges in at least 70 locations across Ireland on Saturday, including in Ennis and Shannon.

A number of TDs joined union representatives outside Leinster House this morning to announce details of the protests.

People Before Profit TD Richard Boyd Barrett said that 70 protests were confirmed as of Thursday afternoon, but more were expected to be added. 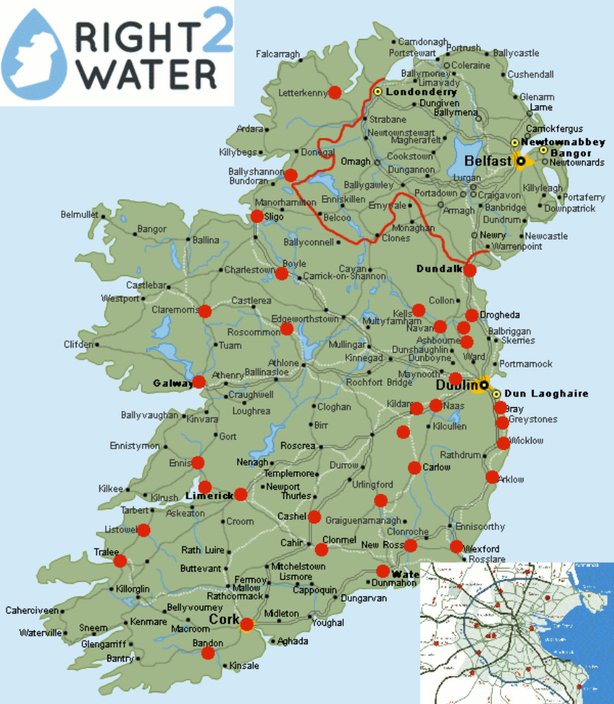