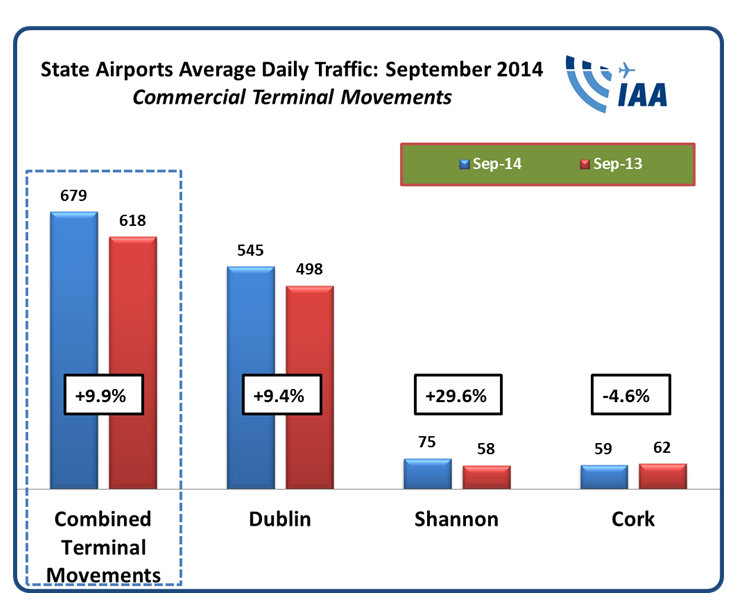 Commercial traffic jumped by 29.6% at Shannon Airport in September compared to the same month in 2013.

According to the Irish Aviation Authority there were 75 commercial daily movements at the Clare airport last month.

On a cumulative basis, commercial terminal traffic for Shannon, Dublin and Cork airports for the period January to September 2014 was up by 6.1% when compared to the same period in 2013.

Further to this encouraging performance, the figures for Ireland’s en route traffic (flights that pass through Irish airspace but do not land) and North Atlantic Communications (Europe / North America) also saw strong growth in September.