A US military jet was forced to make an emergency landing at Shannon last night after suffering technical problems while on approach to the airport.

The United States Air Force Boeing C-40, a military variation of the popular Boeing 737 jet, was on approach to the airport when the crew declared an emergency.

The pilot had been in contact with air traffic controllers and had not reported any problems until a short time before they were due to land.

It’s understood that an issue arose with the jet’s flaps while the crew was configuring the aircraft for landing. The crew requested permission to enter a holding pattern to see if they could resolve the issue.

A few minutes later however the crew declared an emergency reporting a ‘flaps asymmetry”. This occurs when the flaps on one wing extend or retract while those on the other wing remain in position. This can be caused by mechanical failure or jamming and can result in control issues for an aircraft.

The pilot confirmed there were 23 persons on board however It wasn’t clear last night whether there were any US Government officials or other dignitaries on board.

Once the alarm was raised authorities at Shannon implemented the airport’s emergency plan an alerted the HSE, Gardaí and local authority fire service.

Airport fire and rescue crews were mobilised and took up positions at predetermined locations along the runway ahead of the jet’s arrival.

A number of ambulances from Limerick and Ennis were also sent to the airport while three units of the local authority fire service from Shannon Town were requested to assist.

Two more units of the fire brigade from Ennis were sent to holding point adjacent to the M18 motorway at Dromoland in case their assistance was needed.

The aircraft touched down without incident at 8.00pm and came to a stop on the runway.

Emergency crews surrounded the aircraft and remained with it until it had parked at the terminal building. After the crew confirmed everything appear alright, emergency services were stood down. 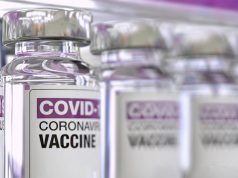