Garda forensic investigators are expected to travel to an island off the Clare coast this morning to examine human remains discovered on Wednesday.

The skull and bones were found by a local man who had travelled out to Mutton Island off Quilty. The man made the discovery at the base of a cliff on the eastern side of the island. The alarm was raised at around 4.00pm.

The man is understood to have notified Clare County Council of the discovery and they in turn alerted the Office of Public Works (OPW).

Gardaí were also informed while the Irish Coast Guard was also alerted and requested to assist.

The Doolin and Kilkee units of the Coast Guard travelled to the scene and launched their D-Class boats transporting two members of An Garda out to the island.

A preliminary inspection of the bones at the scene has lead authorities to be believe the bones are human and probably historical.

The remains, which could be a hundred years old or more, were discovered exposed in the ground about 50m above water line.

The island is known to have been inhabited up to the 1920’s and the bones were found beneath a cliff in front of a former settlement where several derelict cottages still stand.

The remains, which seem to have been exposed by erosion or possibly storms that battered the area earlier this year, are believed to lie beneath several layers of earth, sand and shells suggesting the body was buried possibly a century ago.

It has been suggested by locals that the bones could date back to the sinking of an armada of Spanish ships off the Irish coast in 1588.

One of three galleons that sank off the Clare coast is known to have foundered between Mutton Island and Lurga Point. A number of sailors who perished in that tragedy were buried on the north east corner of the island.

Weather conditions in the area were too poor to venture back to the island yesterday (Thursday) so the Coast Guard was due to ferry garda crime scene investigators to the location today (Friday).

It’s expected that the bones will be removed for forensic examination which is hoped will determined how long they may have been there. 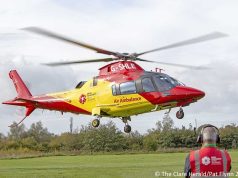 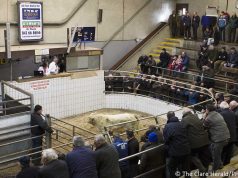 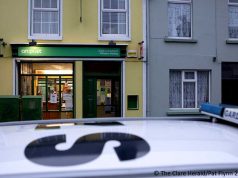 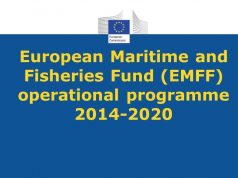 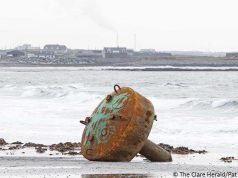 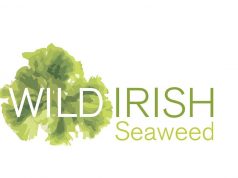