The Clare Herald is inviting members of the public to cast their vote on who they would like to see represent the Clare Constituency in the next General Election, which must take place no later than 3 April 2016.

Voters may select up to a maximum of four options from the below list of candidates, which comprises declared candidates and individuals widely tipped to contest the Election (individual candidate profiles may be found below the poll).

Voting ends at 9pm on Wednesday, 19 August. Results will be published on Thursday, 20 August.

Repeated votes will be blocked by IP/Cookie.

BREEN, JAMES (IND) – James Breen from Kilnamona is a County Councillor and is the current Cathaoirleach of Clare County Council. He is a former TD for Clare having served as an Independent Deputy (May 2002 – May 2007). Breen has not yet declared his candidacy for the forthcoming election but is widely tipped to join the race.

BREEN, PAT (FG) – Pat Breen has been a Fine Gael TD for Clare since 2002. The former Clare County Councillor from Ballynacally is the Chairman of the Oireachtas Foreign Affairs and Trade Committee and is deputy leader of the Irish Delegation to the Council of Europe. Breen will be seeking the Fine Gael nomination at the Party’s local Convention in Ennis on September 11th.

CAREY, JOE (FG) – Joe Carey from Clarecastle was a member of Clare County Council prior (1997-2007) to his election as a TD for Clare in 2007, a position he has held since. In 2011, he was appointed as Assistant Government Chief Whip. Breen will be seeking the Fine Gael nomination at the Party’s local Convention in Ennis on September 11th.

COLLERAN-MOLLOY, CLARE (FF) – Claire Colleran Molloy from Quin was elected as a County Councillor in 2014. She unsuccessfully bid to be selected as a Fianna Fáil candidate at the recent local Party convention. However, she is widely tipped to be added to the ticket as a third candidate for the Party, alongside Timmy Dooley and Michael McDonagh.

CONWAY, MARTIN (FG) – Martin Conway from Ennistymon is a Fine Gael Senator and a former member of Clare County Council. He is the Seanad spokesperson on Justice, Disability and Equality and is the first visually impaired member of the Oireachtas. Conway is widely anticipated to be seek the Fine Gael nomination at the Party’s local Convention in Ennis on September 11th.

COONEY, JOE (FG) – Joe Cooney from Ballymcdonnell, Bodyke, is a sitting Clare County Councillor. He is currently Leas Cathaoirleach of Clare County Council. Cooney has not officially declared his intention to seek the Fine Gael party nomination next month but it has been suggested by Party members that the Fine Gael Councillor is considering his first General Election run.

CORBETT, JOE (Renua) – Joe Corbett is PRO for Renua Clare. He contested the Local Election in 2014 and secured 208 1st Preference Votes. Corbett has not yet confirmed his candidacy but is said to be considering putting his name forward.

DOOLEY, TIMMY (FF) – Timmy Dooley from Mountshannon was elected to Dáil Éireann in 2007 having previously served as a Senator (September 2002 – May 2007). He topped the poll at the recent Clare Fianna Fáil Party convention at the Auburn Lodge. He is the Fianna Fáil spokesperson on Transport, Tourism and Sport and also serves as one of the four Vice-Presidents of the party as elected by the members at the 73rd Árd Fheis.

HOWARD, MARY (FG) – Former Ennis Town Councillor and sitting Clare County Councillor, Mary Howard from Ennis has not yet confirmed her candidacy in Fine Gael’s general election convention next month but is widely understood to be considering doing so. The Deputy Mayor of Ennis is the daughter of long-serving Senator Michael Howard.

LYNCH, IAN (IND) – Ian Lynch from Kilrush has not yet officially declared his candidacy but is tipped as a likely candidate having recently topped a Clare People newspaper poll of potential Election candidates. Lynch was elected as a Member of Clare County Council for the first time in 2014. He is a former member of Fine Gael and Kilrush Town Council.

MCDONAGH, MICHAEL (FF) – Michael McDonagh from Miltown Malbay was selected as a Fianna Fáil candidate at a recent party convention in Ennis. He joins Timmy Dooley on the Party ticket. McDonagh is the current Chairman of the Clare County Board and is a former member of An Garda Síochána. He is contesting a General Election for the first time.

MULCAHY, TONY (FG) – Tony Mulcahy from Shannon will be seeking the Fine Gael Party nomination at next month’s selection convention at the West County Hotel. He is a sitting member of Seanad Éireann and has been instrumental in bringing forward Domestic Violence legislation. He is a former Mayor of Clare and Mayor of Shannon.

NORTON, ANN (IND) – Ann Norton from Barefield has previously publicly declared her interest in contesting the next General Election but has yet to officially declare her candidacy. Norton is a sitting Clare County Councillor having being elected for the first time in 2014. Norton manages the Clare Crusaders Children’s Clinic.

Anti Austerity Alliance A.N. Other; Fís Nua A.N. Other; Green Party A.N. Other – None of these parties have yet declared a candidate for the forthcoming General Election but are expected to do so in the coming weeks. 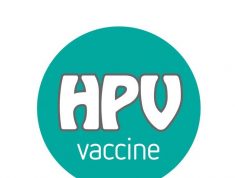 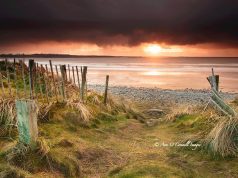 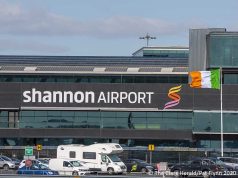 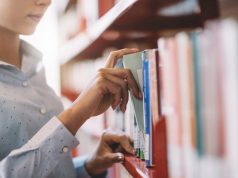 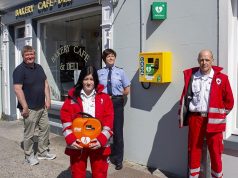 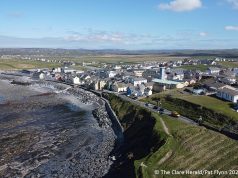 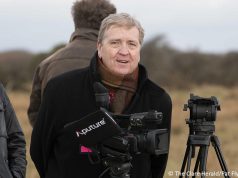