Following on from the General Election Clare Business Forum Debate, Ennis Chamber has issued its Manifesto to candidates on county and regional issues.

The Chamber says its manifesto is shaped by the discussions which took place as well as other issues brought forward by our business members in recent weeks.

As well as supporting the Chambers Ireland Manifesto, the Chamber says it is asking the candidates to consider “our specific points in their bid for the Dail.”

Ennis Chamber’s Election Manifesto includes:
·        Reduction of the 23% VAT Rate for Retail and Construction to 20%
·        Reduction of the Tax Rate for the Self Employed to equal that of the PAYE
·        Social Protection for the Self Employed to encourage Entrepreneurs to set-up business
·        Overhaul how Local Governments are funded and amend Commercial Rates to a fairer system
·        Introduce Town Teams where percentage of Commercial Rates are ring-fenced for business initiatives
·        Access to the Fibre Optic Ring around Ennis to enable high speed Broadband
·        IDA to target FDI for the 30 acre serviced sites at the Information Age Park

Ms McInerney went on to say “Ennis Chamber has been engaged in a regional initiate over the past year, namely the Atlantic Economic Corridor in association with Chambers of Commerce in Limerick, Shannon, Galway, Roscommon, Mayo, Sligo, and the American Chamber of Commerce in order to develop a counter-pole to Dublin on the West Coast.”

The Atlantic Economic Corridor (AEC) collectively represents 73,500 employees, in 2,250 Irish-owned and multinational firms in the mid-west, west and north-west.  The mission if for a corridor on the west coast with a ‘city of scale’ from Limerick through Galway to Sligo, to match Dublin’s and Cork’s success in developing infrastructure, attracting Irish and multinational investment, and growing jobs and wealth in vibrant communities.  The aim is to get people, enterprises and communities pulling together in pursuit of common goals; and to change the conversation so that regional development is seen and recognised as integral to, and essential for, balanced national growth.   The measure of success is Gross Value Added – closing the gap in the value of goods and services produced, to rival the economic powerhouses of Dublin and Cork. This involves utilising our port, airport, road and rail infrastructure to their full potential; and tapping existing know-how, research and innovation capability, as well as the natural and human resources for maximum productivity.  The vision of the AEC is to realise the hidden, untapped, present opportunity to bring jobs and investment, and to develop a ‘city of scale’, in the Atlantic Economic Corridor.  The collective objectives of the AEC are to:

“Ennis Chamber strongly supports the work of the AEC and we have forwarded a copy to each of the election candidates.  We would encourage anyone in business to download the full document from our website www.ennischamber.ie.  Ennis Chamber will be seeking a meeting with the four successful candidates to discuss these local, regional and national issues once the 32nd Dail has been formulated,” said McInerney. 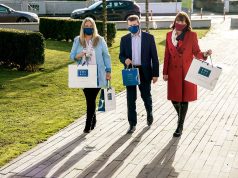 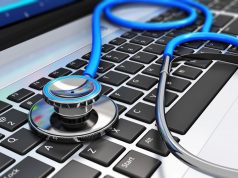 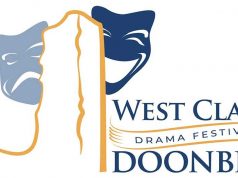 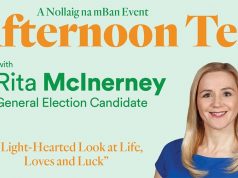 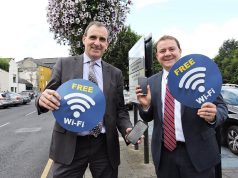