A round-up of business news briefs from around County Clare. Aldi is set to increase its Clare workforce after An Bord Pleanala  gave the green light for construction to begin in Ennistymon on the site previously owned by Clare Marts Ltd.

As Cork Airport awaits news on when it can commence its first scheduled transatlantic service, it has emerged that management at Shannon have also struck a deal with the same airline.

As reported by The Clare Herald last week, there had been speculation that Shannon had also reached agreement with Norwegian Air International, the Irish based subsidiary of Norwegian Air.

It had been hoped that the airline would begin flying to Boston from Cork in May however, these plans have been grounded while a decision is awaited from the US department of transportation (DoT) on a foreign carrier licence application.

While the airline has expressed confidence that it could commence services later in the summer, the future of the flights is dependent on the outcome of that application process.

Consultants acting for US Presidential hopeful Donald Trump have warned that if the businessman doesn’t secure planning permission for a 200,000-tonne ‘wall’ of rock armour to protect his Doonbeg golf resort, it risks potential closure.

The Irish Independent reports that the stark warning is contained in new plans lodged by the Trump International Golf Links and Hotel with Clare County Council for the construction of a €10m, 2.8km-long wall of limestone rock armour on Doughmore Beach at the golf resort.

Food Works, an intensive business development and accelerator programme designed for food and drink start-ups, is coming to Clare.

Ambitious individuals, with an interest in building an international food or drink business in Ireland, are being sought for participation in Food Works, a programme jointly run by Bord Bia, Enterprise Ireland and Teagasc.

Accommodation options take off with sale of Shannon Airport 767

An Irish entrepreneur has purchased a decommissioned Russian airplane from Shannon airport at a price of €20,000.

Funeral Director David McGowan is now making plans to move the massive Boeing 767 along the Wild Atlantic Way to his home in Enniscrone, Co. Sligo. The businessman told The Irish Independent he wanted “to create unusual accommodation to boost tourism to his hometown.”

Executives from Shannon Group PLC recently visited Ennis Community College and Gaelcholáiste an Chláir to run a workshop on interview techniques and developing a CV.

The workshop was attended by students on the Leaving Certificate Vocational Programme.

Flights to and from Shannon were delayed by over an hour on Monday after the runway at Gawick Airport was shut due to an oil spillage. Gatwick is the second largest airport in the UK by passenger traffic.

At the release of the Monthly Unemployment figures from the CSO today (1st March), ISME, the Irish Small and Medium Enterprises Association, demanded that the next administration revert to pro-business policies and put small businesses at the centre of the agenda. The Association called on the new government to concentrate on cost competitiveness, taxation stability and a renewed emphasis on entrepreneurs.

The Monthly Unemployment figures for February confirm that 190,900 people are still signing on the dole, a reduction of -2,000 in the month. The standardised unemployment rate is 8.8%. 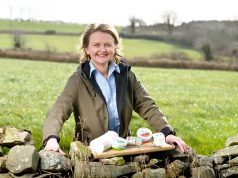 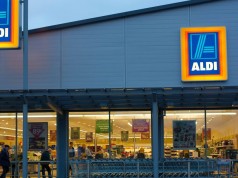 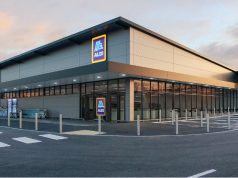 Clare charities get donations from Aldi 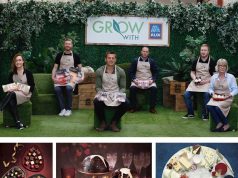