After narrowly avoiding relegation last season, Corofin Harps are targeting survival in the Maloney Garden Machinery Premier Division along with a long stint in the Clare Cup.

A relegation battle is never a pleasant place to be but Corofin lived to tell the tale from their encounter last year that saw them overcome Moher Celtic and Mountshannon to keep their place in the Premier Division. Manager Mikey Concannon is confident this experience will stand to his players.

“We finished joint second last with Moher and we played them in the County Grounds and we beat them 2-1, then we went on to play Mountshannon who came third in the First Division in the play-offs and our boys were just outstanding we beat them, that experience alone will help us this year, we’re back in pre-season the last five weeks, we’ve played five games in pre-season and won the five of them so we’re going well”.

When they have a full squad to select from Concannon believes Corofin are as good as anyone in the League. “When we put out strongest eleven we can match anyone on the day, for example we played Newmarket at home last year and we were down 4-0 at half-time and came back to 4-4 the last kick of the game they got the winner, on our day we can match anyone with a full team”.

Concannon reveals that the North Clare club are concentrating on surviving in the Premier Division and reaching the latter end of the Cup. “The last few years we concentrated on staying in the Premier and that’s our main aim, a cup run it’s always a pleasure to get to the quarter-final or semi-final of the cup for Corofin Harps, we’ve the backing of Gerry Halpin who’s a serious servant to the Clare League and to Corofin Harps so getting to a Cup run with him involved is great, we’re confident enough this year staying in the Premier and going for the Cup is our main aim”.

Remarkably Harps didn’t draw a game last season. It stems down to a club motto according to their current manager. “‘A point is no good you either win or lose’, three points is better than one, we’re always going out to win if not we’re going to get caught on the counter attack and lose, our main aim is to go and get three points every game”.

Corofin’s Gaelic Footballers reached the Munster Intermediate Final last year and their run did hinder the local soccer club. It is unlikely they will have to deal with a similar problem this year as they play in the Senior grade.

“What struggled us last year was our footballers got to an Intermediate County Final and we were missing all the footballers so we’re hoping this year we might have them back earlier than usual”.

Mikey added “We’re behind the footballers as much as they’re behind us, we love to see them going far, it was a great achievement last year going as far as they went and we wouldn’t hold that against them, they’re up against a tough task in Clondegad unfortunately, hopefully they might come out of it but if not it’s good for us we might have the boys back sooner rather than later”.

Shane Constable has rejoined the club having signed for Avenue Utd during last year’s campaign. His attacking threat will be a massive boost to Corofin. We had him for the first six games last year and he scored five goals, when he left it was a big hole to replace and we didn’t actually replace him. Our top scorer finished on eight goals and that was our centre-back Damien Ryan that just shows we couldn’t replace him”. 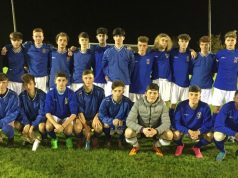 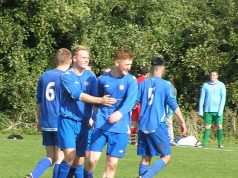 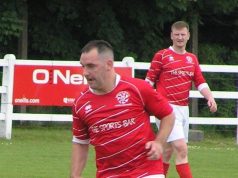 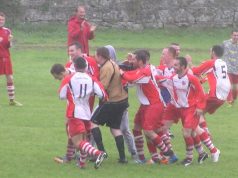 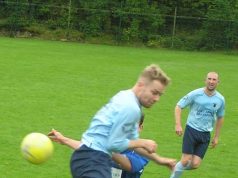 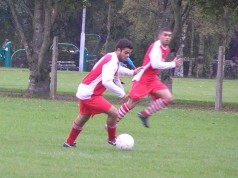