There has been an increase in the amount of Clare people purchasing new cars this July.

In Clare 2,888 new cars were purchased this July which is a 13.07% increase. So far this year new car sales are up 21.75%. The top selling car model for Clare this July was the Skoda Octavia.

Ford is the most popular car brand in the County followed by Nissan and Toyota. Clare people are impressed with the Nissan Qashqai with it being the most popular model so far in 2016 with the Hyundai Tucson and Ford Focus second and third respectively.

Commenting on the figurers SIMI Director General Alan Nolan said “The motor industry performed strongly in the first half of 2016, with increased activity in both car and commercial vehicle sales. This growth has continued into July, although at a noticeably slower rate than the first two quarters, perhaps due to a combination of external factors such as Brexit and the fact that the extremely high growth rates of recent years must naturally slow as we get closer to a more normal market following a period of catch up.

“It is important however for both the Industry and the Economy that, new vehicle sales continue to be at sustainable levels, which for new cars is in the region of 150,000 to 160,000, based on the current population and the age of the national car fleet ”. 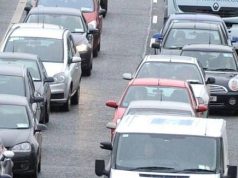