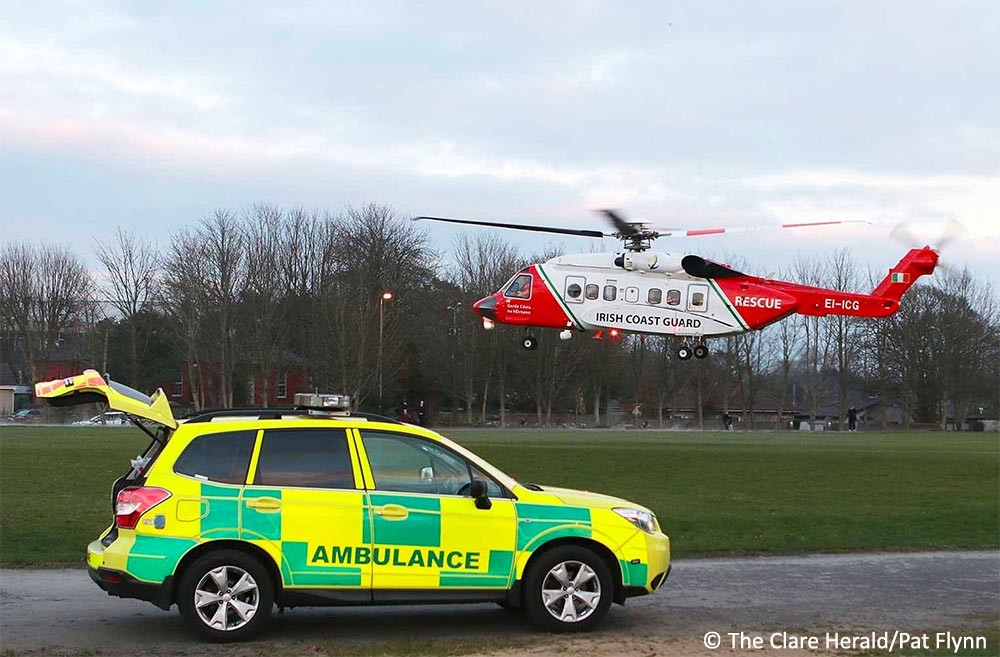 The Killaloe unit of the Irish Coast Guard assisted with the emergency evacuation of a seriously injured man following a workplace accident in Co Tipperary on Friday night.

The man sustained serious burns over most of his body following an incident at the Arrabawn Co-operative facility in Nenagh.

The incident happened at around 8.00pm however the circumstances were not immediately clear. It’s known however that the man sustained serious burn injuries.

Paramedics treated the man at the scene but requested assistance from the Emergency Aeromedical Service (EAS) by seeking a helicopter to airlift the casualty to hospital.

While the Shannon based Irish Coast Guard helicopter, Rescue 115, was requested to respond, the Killaloe unit of the Coast Guard was tasked to secure and prepare a safe landing site for the helicopter.

Gardaí from Nenagh along with Coast Guard volunteers cordoned off the Éire Óg GAA grounds about two kilometres from the scene of the accident.

The injured man was transported by road ambulance to the landing site and handed over to the helicopter crew. He was flown to Bishopstown GAA field in Cork from where he was transferred to Cork University Hospital by ambulance. 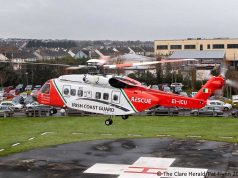