Two cyclists who died tragically ahead of today’s Stephen Roche Atlantic Challenge will be remembered before this year’s staging.

Des Butler from Limerick and Tonya McEvoy from Rathfarnam in Dublin, who were killed while cycling in recent weeks, had signed up to take part in the annual which gets underway in Co Clare today.

Over 3,000 cyclists from 24 countries will observe a ‘minute’s respect’ for father-of-two Mr Butler (50) and 34-year-old nanny Tonya McEvoy, and all cyclists who have died on Irish roads.

Of the 45 people who have died in road traffic collisions in Ireland so far this year, four were pedal cyclists.

Des Butler (50) had been out training for tomorrow’s Stephen Roche Atlantic Challenge when he died tragically last Sunday.

The popular father-of-two had trained with fellow team members from The Hub Cycling Club in Limerick on Saturday but on Sunday had gone training by himself.

He was cycling past junction 7 on the N18 near Bunratty in Clare when he was involved in a collision with a camper van travelling towards Ennis. He was pronounced dead shortly after being rushed to hospital.

It’s understood that the driver of the camper van is a member of the search and rescue community in the UK and had been on his way to Blacksod in Co Mayo from where the ongoing Rescue 116 search operation is being coordinated.

Mr Butler was the second person signed up for the Stephen Roche Atlantic Challenge to die while training.

Early last month, 34-year-old Tonya McEvoy from Rathfarnam was also killed while cycling with her club. The Dublin woman had been training with Orwell Wheelers Cycling Club when she was struck by a car in Co Kildare on February 12th.

Following Sunday’s tragedy in Clare, event organisers have confirmed that a ‘minutes respect’ will be held before the Atlantic Challenge begins tomorrow (Saturday).

Event organiser Alan Murphy confirmed: “Two of our cycling friends had registered to take part in the Atlantic Challenge. We will hold a minutes respect for them and all cyclists who have died on our roads.”

“The safety briefing for our event will be given by Phil Skelton of “Stayinaliveat1.5” the cyclist safety and awareness campaign,” Mr Murphy confirmed. 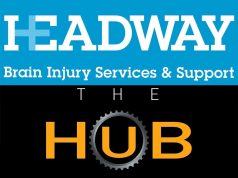 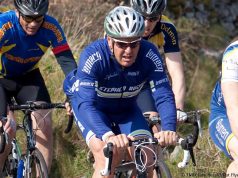