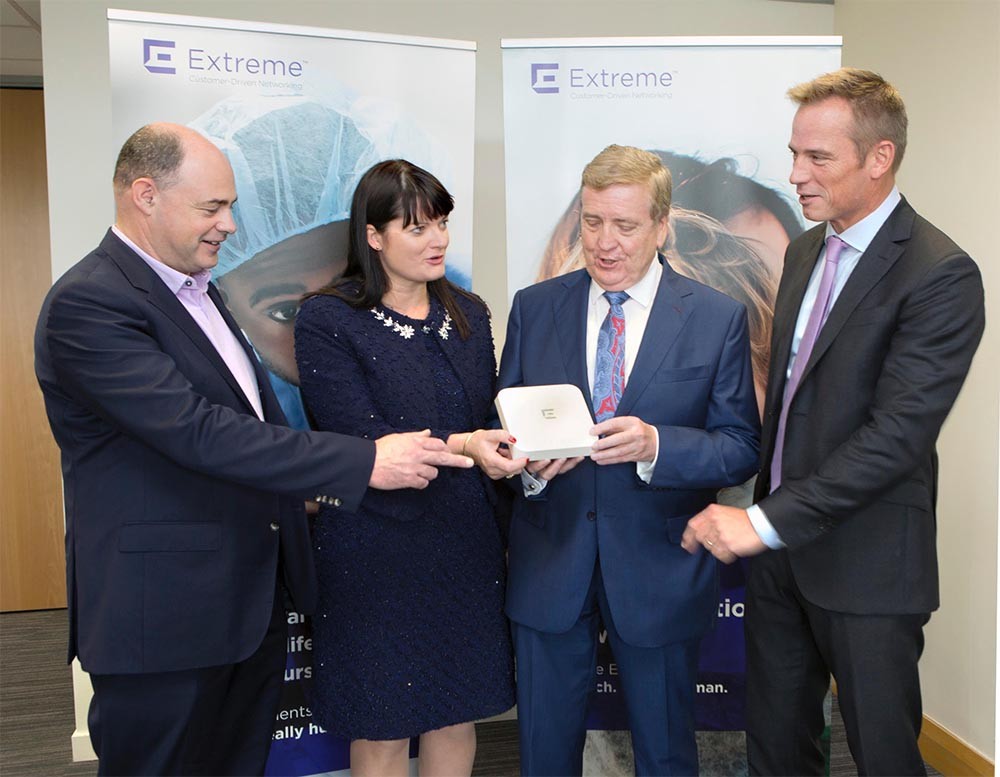 Extreme Networks, a software-driven networking company, has announced that it will invest €3m to expand its R&D programme in Shannon, Ireland.

The investment will create 20 new jobs in engineering, data science, and software engineering over the next two years, with the Irish government providing additional funding in the form of a research, development, and innovation grant worth over 500,000 Euro.

The newly established R&D team will focus on developing a next-generation cloud portal for network applications and services, as well as a state-of-the-art AI-based security system for the Internet of Things (IoT). The Shannon R&D base is part of a long-term strategy by Extreme Networks that will result in the creation of a substantial number of highly specialised engineering jobs in the region over the next five years.

With the network industry currently experiencing clear shifts in spending patterns as enterprises focus more on applications and security over physical hardware, this support for the programme in Shannon is the next step in building a new ‘Cloud and AI Centre of Excellence’ for Extreme Networks. Founded in 1996, Extreme Networks offers the full spectrum of wired and wireless software-driven networking solutions, from the enterprise edge to the data centre cloud.

Pat Breen TD, Minister of State at the Department of Business, Enterprise & Innovation  said: “We’re delighted that Extreme Networks has decided to expand its R&D programme in Shannon. This commitment from a leading tech innovator is evidence that Ireland is a great country for tech companies from around the world to invest in. We are looking forward to seeing the pioneering work that will come as a direct result of this investment.”

Liam Kiely, Vice President of Product Strategy, Extreme Networks said: “We are incredibly excited about expanding our R&D footprint in Ireland, which further strengthens our presence in Europe. The grant from the Irish government, as well as the significant investment we are making ourselves, will provide a boost to our top-notch R&D team. The solutions they will be developing will be on the cutting-edge of cloud and AI-based network solutions, representing a major milestone for us as a company, our customers and the industry as a whole.”