Following their highly-acclaimed Clare debut at Fleadh Cheoil na hÉireann 2017 and hot on the heels of a memorable Ennistymon show last summer, NYC-based folk vocal duo The Murphy Beds return to the Banner County for an intimate evening in the back bar of Lucas’s, Ennis.

Also on offer will be original selections from Jefferson’s latest self-produced solo release ‘Alameda’ and Eamon’s most recent solo offering ‘All Souls’ (Reveal Records). BIOGRAPHY Jefferson and Eamon have been performing together for years, having first met at Irish sessions in New York City.

They shared an interest in collecting, arranging, and performing songs from Irish, American, Scottish, and English traditions. As they began to collaborate – first in larger ensembles, but most enduringly as a duo – they also recognized an affinity for other more contemporary idioms. Whatever the source – songs of the Irish travellers, Arkansas spirituals, or their own compositions – their arrangements feature the same carefully wrought interplay of voices and strings.

In reference to a pair of their original songs, The New Yorker wrote, “with crispy guitar licks and geographic lyrics about a wandering worker… it reminds me of Woody Guthrie’s Columbia River song series,” and “I want to describe it as an Ian Tyson-esque ballad about a man stranded on an island and then lost at sea, but it feels more like a chain of imagistic verses that take you through a dreamscape.” In 2012 they recorded their debut album The Murphy Beds in New York City (a name that subsequently became shorthand for the duo itself).

They are currently working on a follow-up. As well as playing with many friends and comrades from the ’trad’ music world they have also performed and collaborated with artists across the folk spectrum including Beth Orton, Bonnie ‘Prince’ Billy, Anais Mitchell, Nuala Kennedy, Anna & Elizabeth, and Sam Amidon. Eamon started playing Irish music while growing up in Dublin. 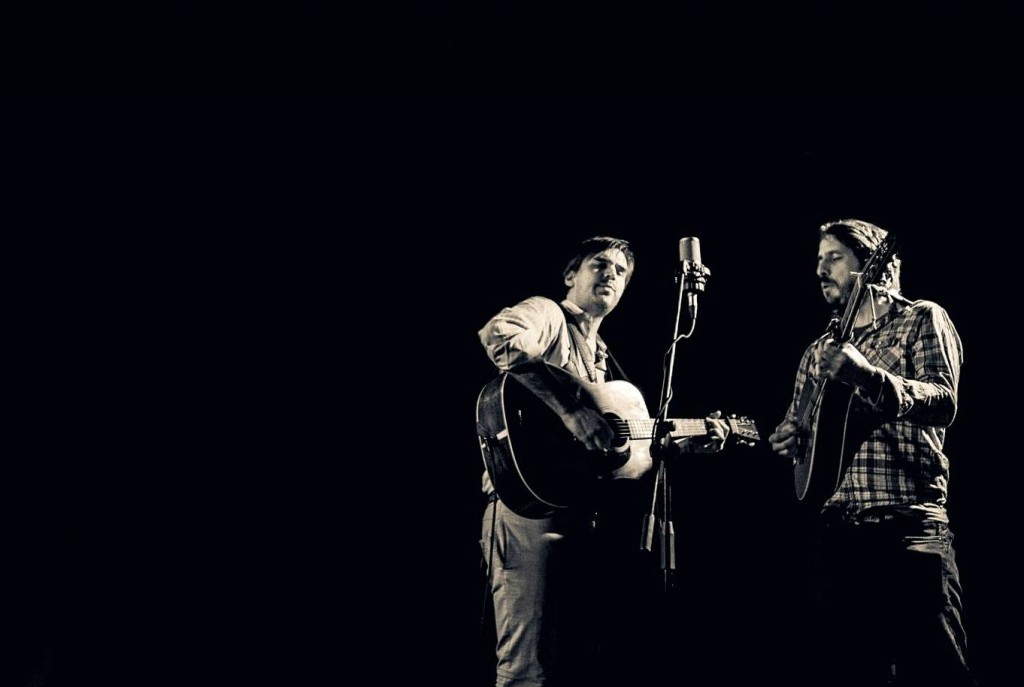 When he moved to New York City in the early 90’s, he immersed himself in the city’s traditional music scene and travelled widely, performing with many of the great players in Irish music. In 2004 he and fiddler Patrick Ourceau released the album Live at Mona’s.

Eamon has taught at many traditional music programs around the world and also records and performs original music. His last solo album, All Souls, was released on Reveal Records in 2018. Other recent recordings of note include The Alt with John Doyle and Nuala Kennedy, and The Immigrant Band, a joint old-time and Irish endeavor with John Doyle, John Herrmann, and Rafe and Clelia Stefanini. Jefferson is a guitarist and singer based in Brooklyn, NY.

Acoustic Guitar magazine wrote, “A gifted guitarist and singer, Hamer is able to hit close harmonies… and weave gorgeous instrumental lines.” ACCOLADES “Their great feat turns out to be taking what’s best of the classic Irish folk revival without falling into any of its clichés. The resulting album bears repeated listening from start to finish, with ten beautiful, crystalline songs.” – Huffington Post