Mental Health Reform has launched a guide on the UN Convention on the Rights of Persons with Disabilities (UNCRPD).

The purpose of the guide is to help people with psychosocial disabilities to navigate and understand their rights under the UNCRPD. Joining the launch were Violet-Anne Wynne TD, Pauline Tully TD; Ivana Bacik TD and Holly Cairns TD.

Ireland ratified the UNCRPD in 2018 which means it has made a commitment to protect and promote the rights of disabled people. Ireland must also report and be monitored on how well it is implementing the Convention. In 2021, Ireland will submit its first report to the UN.

Fiona Coyle, CEO, Mental Health Reform said: “People with psychosocial disabilities are often socially excluded and experience prejudice and discrimination in all areas of their life including employment and housing. The ratification of the UNCRPD in Ireland represents a landmark shift with respect to the rights of persons with disabilities, and the obligations owed to them by the Government.

Through this guide, we hope to raise awareness of the UNCRPD and support people with psychosocial disabilities to advocate for their rights so they can enjoy full equality and participation in society.”

Mental Health Reform’s response to Ireland’s Draft State Report under the UNCRPD was submitted in March, following public consultations. Mental Health Reform was joined by the public to discuss health, awareness raising, access to justice, work and employment, and other issues faced by those living with a disability in Ireland today. The experiences collected during the consultations were used to build MHR’s submission to the State Report on the UNCRPD, as well as to create the new guide.

In addition to launching its guide, this autumn Mental Health Reform will be running a series of online workshops aimed at giving people a better understanding of a rights-based approach to mental health and disability.

For more information on the autumn workshops and to read the new guide, click here. 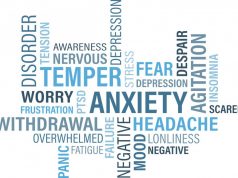