A new book by a budding young author tells the story of his local parish of Clonlea from the mesolithic era to penal times.

Local Kilkishen historian Cathal O’Hagan says he has further ideas for books and is already researching other aspects of his local area.

Cathal said: “I always Loved history, since I was a young lad I was always listening to old lads history and folklore and yarns. But what really started me off was in 2017 while investigating the shore of the local lake where the church ruin was when researching storys of the church I heard, I accidentally found a Penal times altar stone and massrock that noone knew were ever there.”

“I knew immediately what they were and contacted the National Museum about them. They contacted Clare Museum who arrived and recorded it and brought the Altar stone to the Museum where it went on display. I then began researching the history of the Parish,” Cathal said.

He continued: “I started a Facebook page which helps people learn our local history through the Facebook articles. Then in 2021 I did a booklet on a history of the Irish monastic and Catholic Church in the parish and they sold rapidly.

But this book I’m publishing is a more detailed history of the Parish from Mesolithic to Penal times. And every period is in it. There is plenty of famous connections to Kilkishen in it like Daniel O’ Connell, Red Hugh O’ Donnell, who fought alongside and fled with Hugh O’ Neill. Anne Boleyn, Queen Elizabeth 1, King Henry VIII and Strongbow. We have a great history just left on the back shelf getting all dusty,” he said.

Cathal endured bullying while in school in Ennis but he believes they didn’t know about his disability. He eventually left Ennis.

“One day I was in the yard and I was running and one pupil thought it would be funny to stick out his leg and trip me, my face was dragged all across the tarmac and half my face was ripped. There was only one decent student to bring me in to the school nurse. 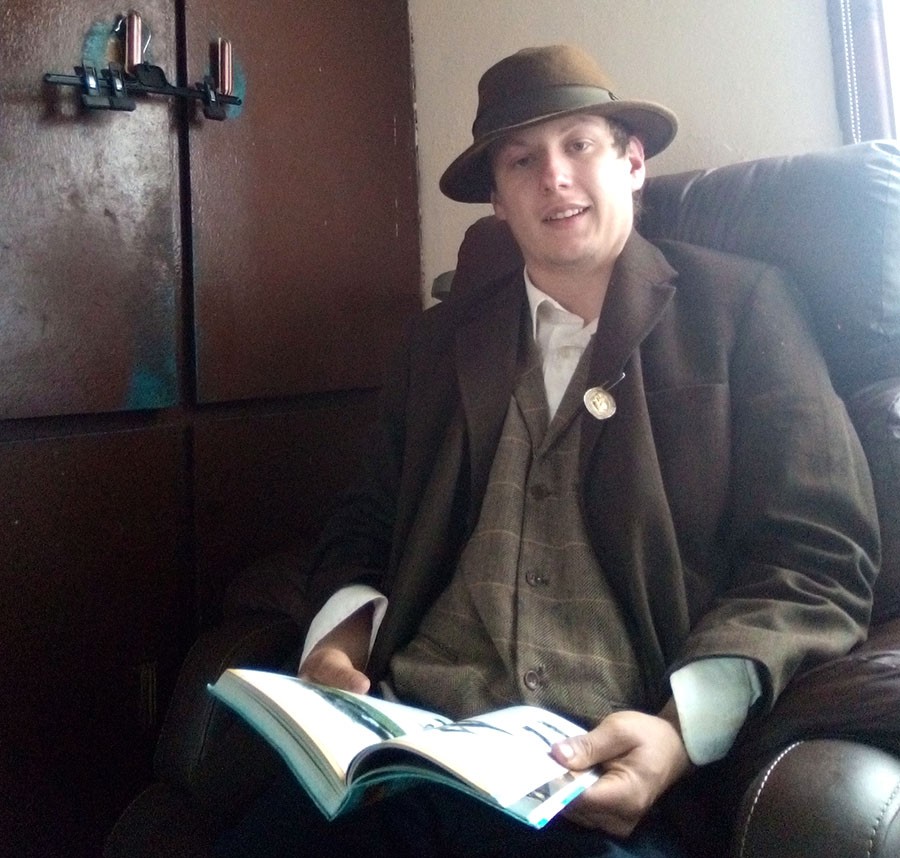 I left Ennis in 2012 and I thought I was rid of Ennis but when I was in Kilkishen school, we went to a race and all the boys from Clarecastle were there, standing in a line waiting for me as I walked with a few lads from Kilkishen, as we passed them they started shouting at me and laughing, but the boys from Kilkishen bravely stood up for me and hurled abuse back at them.”

“Even outside school I was called Gobby and retarded. But I’m not so stupid now that I could write a book and make a good career for myself. If you do what you love then you can make a great success,” Cathal added.

Cathal also presents history displays at the local Cultural Centre in Kilkishen the first of which, last September, featured the Studdert Family of Kilkishen. The owner of the family home kindly let Cathal use belongings of the Studdert’s from their Mansion.

Cathal plans making another presentation this year about the Famine and its local impact in Kilkishen.