There have been persistent talks of the British and Irish rugby leagues merging into one super league in recent years.

One prominent backer is Killaloe’s own, and 2015 Clare’s University of Limerick Sports Hall of Fame awardee, Keith Wood. The rugby icon recently discussed the merger with the Irish Independent’s Ruaidhri O’Connor on a recent episode Monday Night Rugby.

“I think we’ve had this discussion over the last number of years,” said the first ever World Rugby Player of the Year winner. “I love the idea of a British and Irish league for a whole variety of different reasons.”

A key reason Wood is in favour of a super league is that it will be good for the British & Irish Lions, which he represented in 1997 and 2001. Wood’s idea for the league would be for it to be used to build up to a Lions Tour: “So the idea of trying to amalgamate and come to some agreement where you could have England, Ireland, Scotland, Wales playing almost as in a Lions League and then you fit in a Lions tour at the end of the every four years that can be factored in properly.”

It is unlikely though that the league will be created in time for the next Lions Tour in 2021, which will be to South Africa. Warren Gatland will coach The Lions, who had an acrimonious relationship with Wood. RTÉ details how the two had a falling out way back in 2001 when Wood criticised Gatland’s refusal to get a specialist defence coach while he was in charge of Ireland.

Gatland would leave the Irish national team that year and go on to achieve international success with Wales. He led Wales to two semi-final appearances in the Rugby World Cup (2011, 2019), and four Six Nations titles including three Grand Slams (2008, 2012, and 2019).

His tenure ended this year with bwin reporting that the World Cup playoff was Gatland’s last match in charge of Wales. Gatland has headed back to his home country of New Zealand to coach the Chiefs, as well as the Lions in 2021. While he has yet to comment on the joint league, like Wood, he will likely get behind anything that helps the Lions Tour end in a victory.

Early predictions suggest the league might come into fruition by 2022, but it will be difficult to fit it into an already crowded season. This is a concern Wood shares. “For me, the only fear I have is that you do need to have an ability to change players in. It can’t just be down to the first 15 or the first 23 or 24 players,” he explained. “You need to make certain that you can rotate in players through a season.”

Other than that, Wood is in favour of a joint league. He is even confident that organisers “can tidy up a huge number of things” to make this merger work. “But I think for me, it’s the most realistic element of what rugby should be like on these islands,” added Wood. “That’s the big thing for me. ” 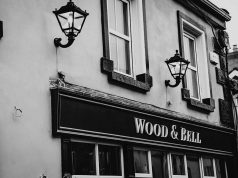 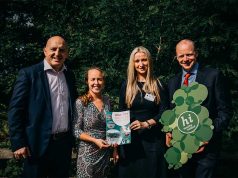 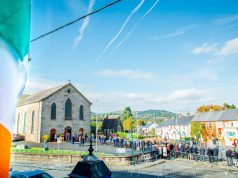