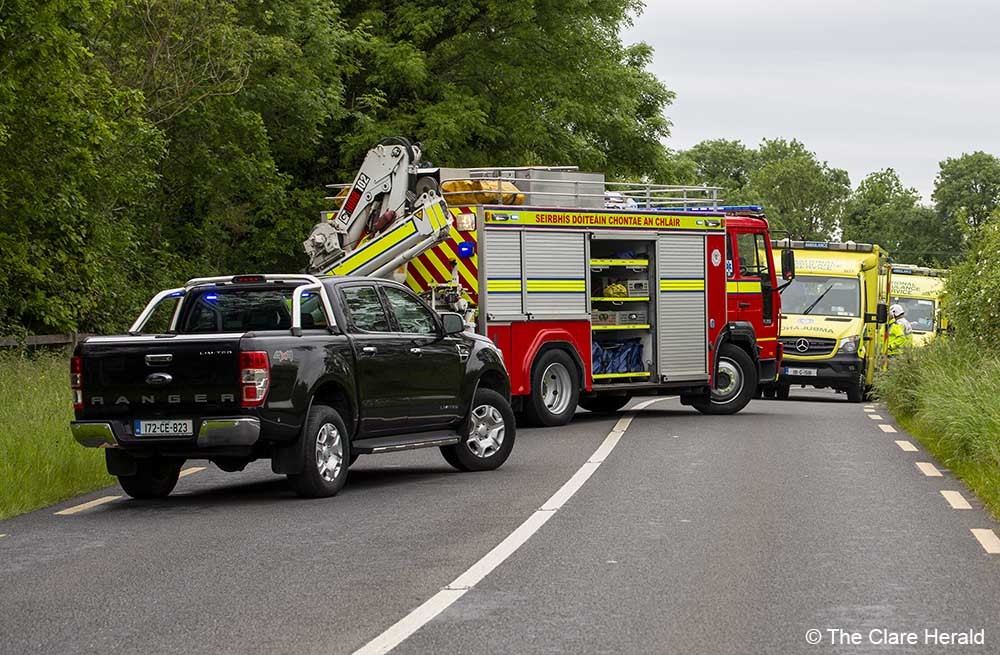 Two people have been taken to hospital following a single-vehicle road traffic collision in Co Clare this afternoon.

The crash occurred at around 3.30pm at Drumquin about 8 kilometres from Ennis on the main R473 Ennis to Kildysart road.

It’s understood that a car left the road and collided with a tree before overturning onto its roof trapping both occupants inside. The vehicle also struck a junction box believed to be linked to the local group water scheme.

Two ambulances and a rapid response advanced paramedic vehicle along with units of Clare County Fire and Rescue Service from Ennis and Gardaí responded to the scene.

After fire crews secured the upturned car, paramedics assessed both patients while fire service personnel used specialist cutting equipment to cut away parts of the vehicle so they could safely access and remove the casualties. It took almost an hour to safely remove the second of the two occupants from the car.

The man and woman, believed to be holidaying in Ireland from the UK, were taken by ambulance to University Hospital Limerick for treatment however their injuries are not believed to be life-threatening.

The route remained closed for almost three hours following the incident until the vehicle and debris were cleared from the road.

Gardaí from Ennis are investigating the circumstances of the collision. 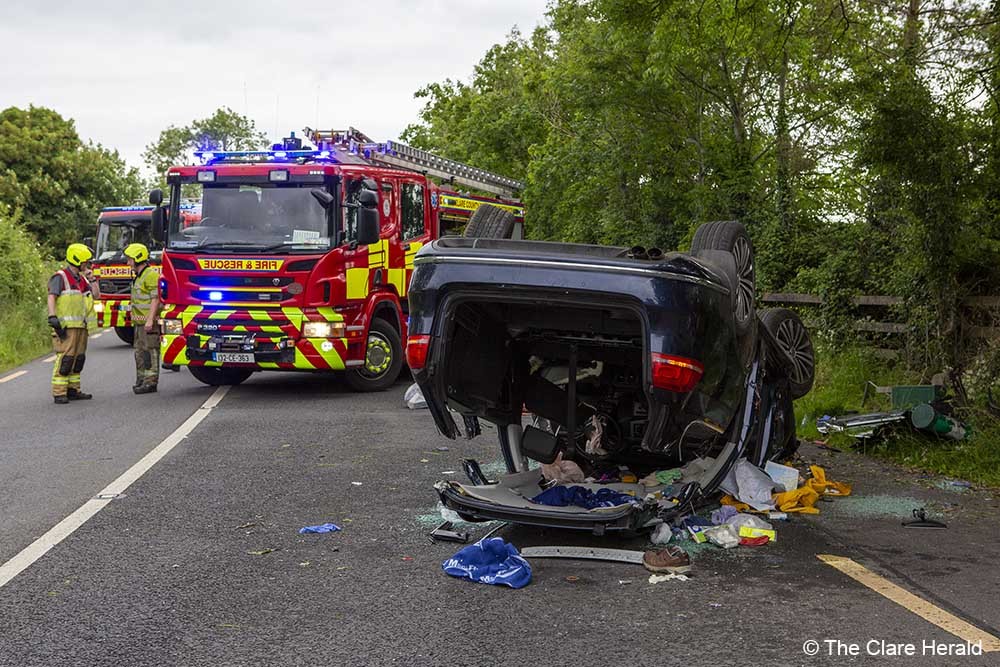 Emergency services are dealing with a road traffic collision on the main R473 Ennis to Kildysart road.

The single-vehicle crash occurred at around 3.30pm at Drumquin about 8 kilometres from Ennis.

The road remains closed while emergency crews deal with the incident. pic.twitter.com/rweqwV5a53