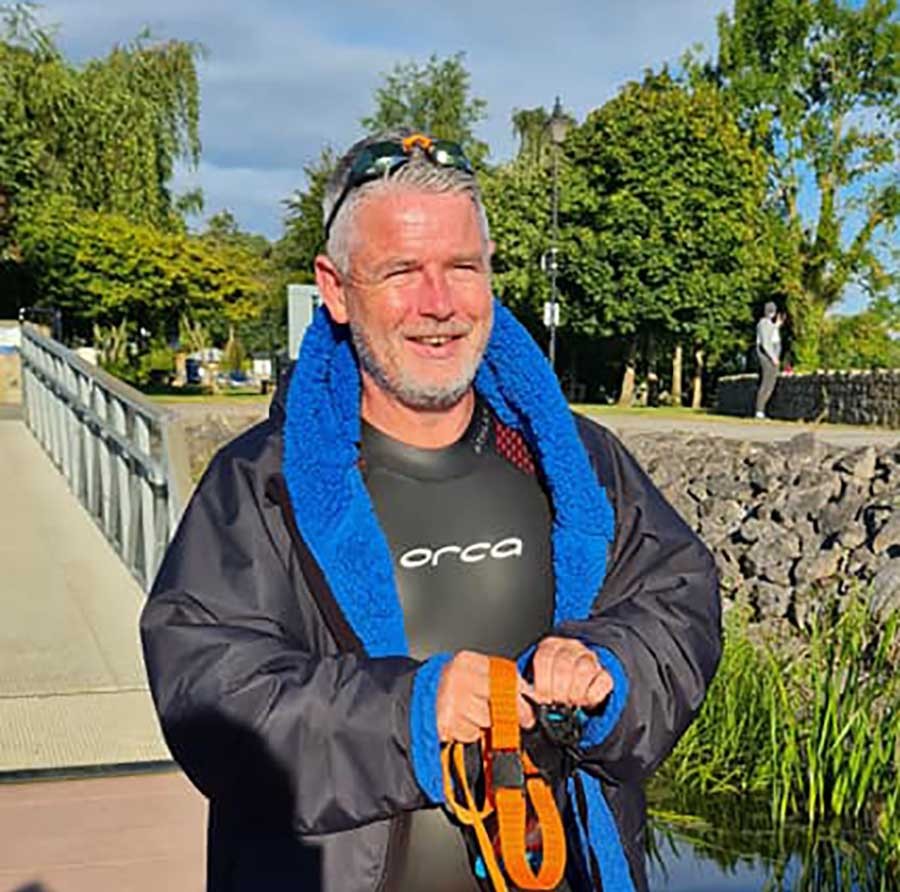 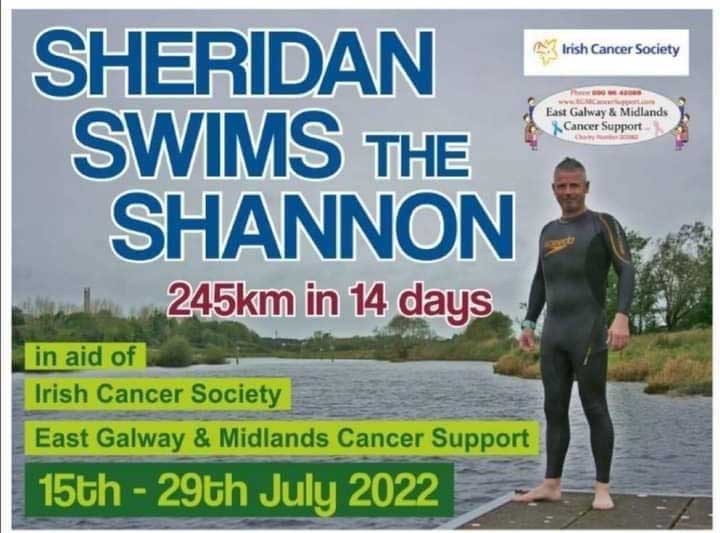 A 43-year-old father-of-two from County Roscommon is nearing the completion of an epic swim the length of the mighty River Shannon, the longest river in Ireland and British Isles.

Aiden Sheridan from Ballinasloe (Roscommon) began his charity swim on July 15th of July in Dowra Co. Cavan and will finish at Curraughgour in Limerick City tomorrow. Aiden is undertaking the swim in aid of the Irish Cancer society and East Galway and Midlands Cancer support.

Aiden was due in Killaloe/Ballina at 1pm today and then tomorrow will continue to complete the last day of his swim.

“My motivation for doing this challenge is because cancer has devastated our family. In 2015, my sister Jennifer was diagnosed with Breast cancer, thankfully she has made a full recovery. At the time, in 2016 I ran 52 marathons in 52 weeks in aid of Breast cancer Ireland,” Aiden said.

“In late August 2017, my brother Mark was diagnosed with cancer and sadly passed away suddenly at the start of September 2017. The last chat I had with Mark he jokingly said that because I ran 52 marathons for Jennifer I’d have to do something even bigger for him. I told him we would talk about it again but sadly we never had the opportunity as he passed away just two days later without warning, which was a total shock to his whole family. And so, in his memory and to raise much needed funds for charity,” Aiden added.

To put this challenge into perspective, more people have walked on the moon than have swam the length of the Shannon!

You can also donate here.