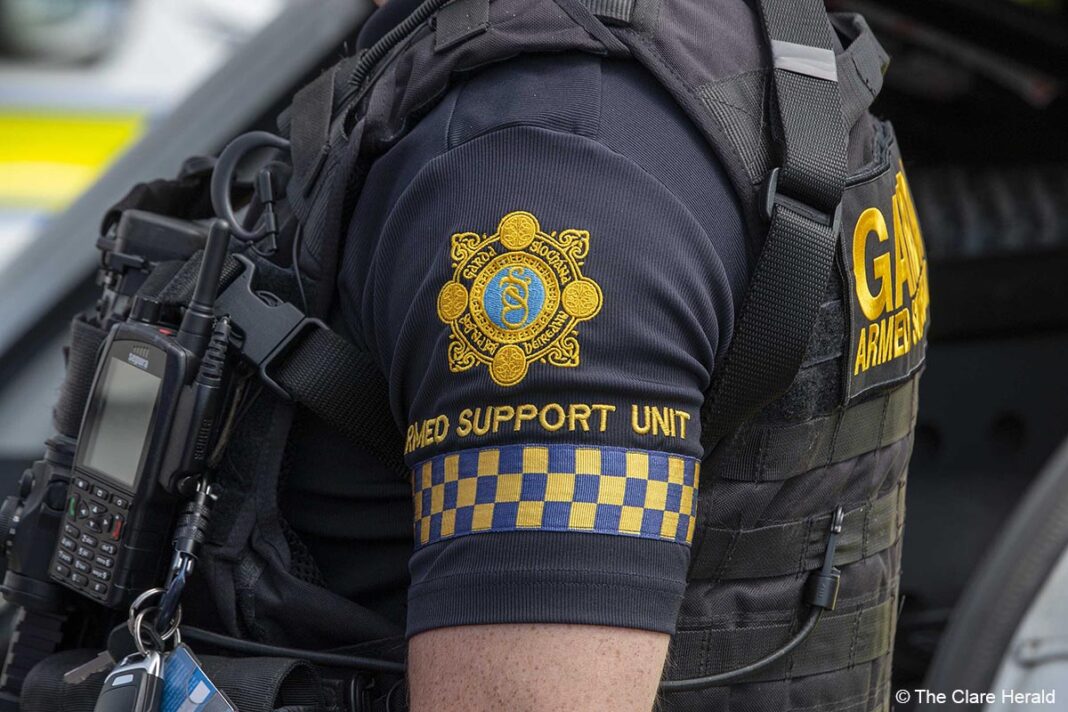 Gardaí are searching for a number of people reported to have fled the scene of a hit-and-run incident on the outskirts of Ennis this afternoon.

Details are still vague but it’s known that a major ground and air search has been carried out in the area around Gauras between the Tulla Road and the Quin Road.

It’s understood that around 3.00pm, a vehicle was rammed on the road between Ballaghboy and Gaurus. Gardaí are treating this as a hit-and-run road traffic collision.

A video of the alleged incident was later circulated showing a vehicle making a u-turn in the road and pursuing a silver car which it then rammed from behind. An oncoming vehicle had to take evasive action to avoid being struck.

It’s also believed that a number of men left one of the vehicles and fled the scene by crossing through the garden of a local house and escaping into the fields behind. One car was abandoned at the scene while the other vehicle fled the area.

Uniformed Gardaí and armed detectives responded to the incident while the Armed Support Unit was also requested to dispatch a unit to the scene. It’s understood that on arrival, Gardaí found debris on the roadway indicating that a collision had taken place.

Later, a helicopter from the Garda Air Support Unit arrived in Ennis and conducted a search of the area before departing the scene again shortly before 5.00pm.

A Garda spokesperson confirmed: “Gardaí in Ennis were notified of a hit and run RTC that occurred this afternoon, Friday 2nd December, 2022 at approximately 3p.m. On arrival at the scene both vehicles had left the area and enquiries are ongoing into the matter. There are no reports of any persons injured.”

The Garda spokesperson also confirmed that Gardaí are also dealing with the recovery of an abandoned van at Lissycasey, Co. Clare. Enquiries are ongoing.

It’s not known whether both incidents are connected or if they’re related to a series of serious incidents in the Ennis area over the past week involving feuding families from the travelling community.