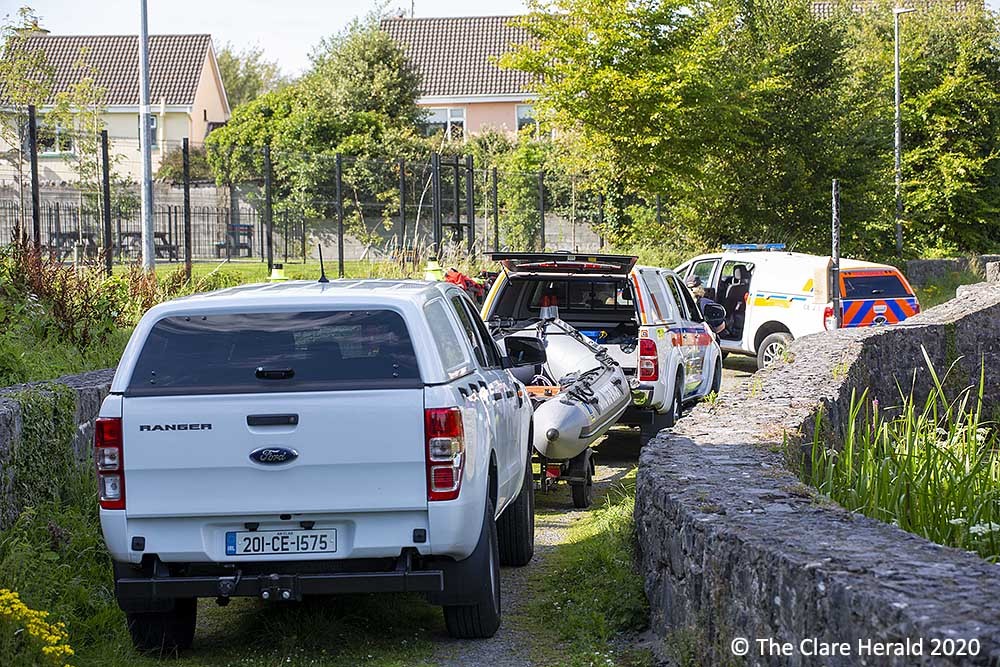 Tuesday, 12.20pm – Gardaí have confirmed that the search for a man last seen on August 3rd has been stood down following the discovery of a body.

A body was recovered from the River Fergus last night. Volunteers from Clare Civil Defence had been conducting a search of the area when the remains were discovered. The body was removed to University Hospital Limerick where a post-mortem examination will be carried out.

In a statement this afternoon, a spokesman said: “Following the discovery of a body in Ennis Co Clare, the missing person search for Clem O’Connell has been stood down.”

Foul play is not suspected and Gardaí are treating the death as a tragic incident.

Earlier: Gardaí have reissued their appeal for the public’s assistance in tracing the whereabouts of 24-year -old Clem O’Connell who has been missing from his home in Ennis since the 3rd August 2020.

Clem is described as being 5’ 6” in height, of slight build, with short brown hair and stubble. When last seen he was wearing a dark blue jacket with a fleece collar, dark blue tracksuit bottoms and grey Adidas runners.

Gardaí and Clem’s family are concerned for his welfare.

Volunteers from Clare Civil Defence have been assisting Gardaí with the ongoing search. Civil Defence boat and land crews have been searching walkways, lands and the river in the area around Cloughleigh where it’s understood Clem was last seen.

A team from the voluntary Galway Dog Search and Rescue Unit was also requested to assist in the search operation.