Shannon has narrowly missed out on securing a new route for next summer.

The Eurowings route competition was won by Mostar with Shannon finishing second out of 10 potential destinations of which were shortlisted.

In a unique online competition, thousands of people voted for their favourite destination that included Shannon, the only Irish airport to be shortlisted.

The last phase of the competition was a Facebook vote where the public had just one hour to select one of the three. The choices were Mostar, Trapani and Shannon.

In the end Mostar narrowly beat Shannon to secure a new Eurowings route from Cologne next summer. Shannon secured almost a third of the over 101,000 votes cast. 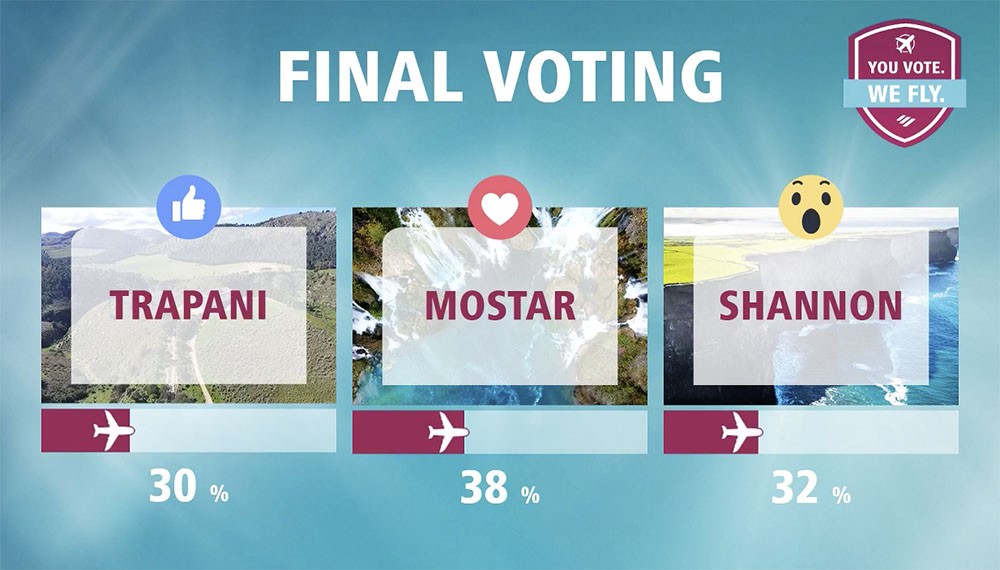 Shannon Airport has thanked the public, at home and abroad, for their massive support.

“Getting so close and having so many votes showed a huge appetite for a service to this region, which is sending a message to the market that this is an airport that has a huge support base. Thanks to everyone for voting.  We look forward to having further engagement with Eurowings and other airlines in the future about developing additional services at Shannon,” a spokeswoman said.