A Government T.D. maintains it is no longer acceptable that people wishing to marry in a registry office should be confined to a Monday to Friday ceremony.

Clare Labour Deputy Michael McNamara believes that after the passing of the same-sex marriage referendum at the weekend, arrangements should now be put in place to allow couples go get married when it suits them rather than be restricted by the existing ‘office hours’ arrangements.

“Following the historic vote on same-sex marriage at the weekend more people will now be seeking a civil marriage ceremony. I believe we should extend the hours at which a registrar is available to solemnise a ceremony, not just because same-sex couples are limited to a mid week wedding, but so too are heterosexual couples who do not wish to have a religious wedding ceremony,” Deputy McNamara said.

Under current arrangements, a civil ceremony can be held in a Registry Office or a venue approved by a Registrar. A Registrar will also have to be available to solemnise the marriage.

Anyone wishing to get married in a venue other than a Registry Office requires approval to do so while the Registrar may also wish to inspect the venue.

However, venues such as marquees, private dwellings or the open air “are not acceptable”, according to the HSE.

Deputy McNamara has said: “It is only fair that couples can marry at a time and venue of their choosing. People should have the right to marry at the weekend and celebrate this special occasion with family and friends.

Currently those wishing to marry in a registry office, or have their marriage solemnised by a registrar at another venue, must marry between the hours of 9am and 5pm, Monday to Friday,” he said.

Mr McNamara has called on the HSE to extend the hours during civil ceremonies are held to include weekends and believes Peace Commissioners could be allowed to perform ceremonies.

“Weekend civil weddings would also reduce any waiting lists, lists that will get significantly longer once the people’s decision to ratify same-sex marriage passes though the Houses of the Oireachtas.

I believe it is past time for the HSE, the body responsible for marriage registration and registrars, to extend the hours for civil weddings to include weekends. The cost incurred would be covered by the fees,” the Deputy added.

“Alternatively, if the HSE cannot accommodate what I believe to be a reasonable request, then it should consider allowing Peace Commissioners to perform the ceremonies,” Mr McNamara said. 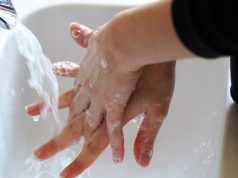