Clare athletes stood out from the crowd at Morton Stadium, Santry at the weekend with a plentiful supply of trophies and medals returning home to the County.

Rory Chesser of Ennis Track won his sixth 3000m steeplechase title in the Tailteann Games as the twenty nine year old finished home ahead of the pack in a time of 09:07:83. He was followed closely by Clonliffe Harriers’ David Flynn (09:08:17). Chesser is well used to tasting this success having won his first title in 2008 as a then twenty one year old.

In the Irish Schools Athletic Championships held at the same venue, Newmarket-on-Fergus walker Gearoid McMahon representing St Caimins Community School in Shannon won the 3000m walk and earned himself the Roisin O’Callaghan trophy for Best Race Walker. This is the second year in a row that McMahon has accepted the O’Callaghan trophy. He was also named as the Best Male Athlete at the Games and was awarded the Fr Lonergan Trophy. 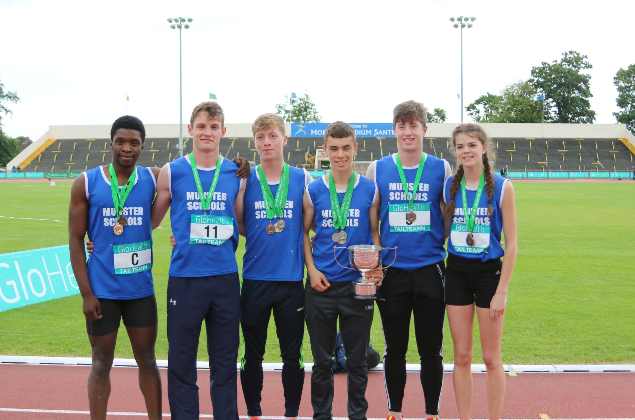 Ennis sprinter Tony Odubote won gold in the Boys 400m. The Rice College student narrowly missed out on medal in the Boys 100m which took place earlier on in the day. Tony was also a member of the 400m Munster Relay team.

There were silver medals aplenty for Clare athletes. Alex O’Neill had a strong finish in the Girls 800m, Joseph McEvoy representing St Anne’s Killaloe was second the in the Boys High Jump while Conor Devane collected the same colour medal in the Boys 1500m Steeplechase.

Other athletes from the Banner County who competed in the Games included, Ben Deasy, Emily Cahill, Leah O’Neill, Kevin Caulfield and Tara Bradley while Darragh Miniter had to withdraw due to illness.

The Irish Schools team will participate in the SIAB International Schools Competition in Kent on July 16th with Tony Odubote, Alex O’Neill, Joseph Miniter and Conor Devane set to fly the Clare flag. 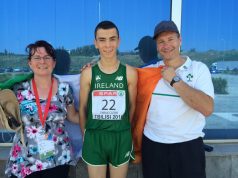