Record numbers of spectators are expected to attend this year’s Foynes Air Show tomorrow which is being billed as the best show yet.

The event, now in its third year takes place on the shores of the Shannon estuary and is hosted by the Foynes Flying Boat & Maritime Museum. The site is the home of Ireland’s first transatlantic air crossings, which took place more than 80 years ago.

Featuring 17 different acts from the UK and Ireland, and involving 26 aircraft, this year’s event will showcase vintage and modern aircraft, as well as unique and hand built planes flown by the best pilots around.

Gerry Humphreys, Foynes Air Show director said: “This year we have an exciting line up of classic and aerobatic aircraft with something to interest everyone. We have lots of biplanes, with three different types of Pitt’s special – probably the ultimate aerobatic biplane.”

“There really is something for all the family and completely free, thanks to our generous sponsors, Limerick City & County Council and the Irish Aviation Authority”.

Aircraft taking part include a Stolp Starduster and a lovingly restored 1930’s Belgian Stampe as well as two Russian mini MIG biplanes. Ireland’s own unique aviation history will be showcased with the ‘Iolar’, Aer Lingus’s first ever plane which will be flying alongside three vintage de Havilland Chipmunks in Irish Army Aer Corps colours, displaying for the first time ever with their new smoke systems.

A total of four formation flying teams will put on spectacular displays in the skies over west Limerick this year.

“We welcome back ‘The Ravens’ – the crack five aircraft formation aerobatic display team from South Wales who will perform dramatic close formation manoeuvres with smoke. Also watch out for the Yakovlev’s with their big Russian radial engines making a distinctive sound like no other”, Gerry Humphreys added.

Making their debut at this year’s show are Lauren Richardson, the UK’s top female aerobatic pilot, ‘The Wildcats’ a dynamic duo from Norfolk and ex RAF pilot Richard Goodwin whose performance in a highly modified ‘Muscle’ Pitt’s special is said to be one of the highlights of the show.

“We have a fantastic show planned and we would encourage everyone to come along early and enjoy all the activities on site. The Foynes air show is one of only two big air shows taking place in Ireland this year and the only one in the west of the country. The other show is in Bray, so not as easily accessible for people on this side of the country”, commented Margaret O’Shaughnessy, director of the Foynes Flying Boat & Maritime Museum.

“I am hoping the weather stays dry for the day; the Child of Prague will be placed outside the night before, just in case”, she added.

Entertainment starts at 12.30, with a recital by ‘The Band of An Garda Siochana’, followed by lots of activities, including carnival amusements, walk about characters, music, face painting and children’s entertainment. Other activities include an air-sea and cliff rescue and a water safety demonstration. The main air show will begin at 3pm. A park and ride facility will also be in operation. 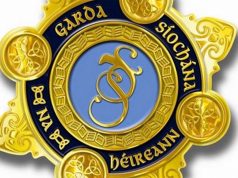 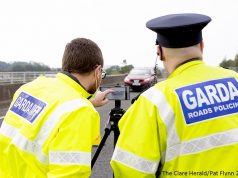 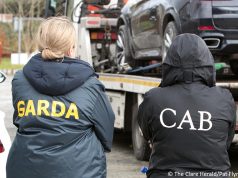 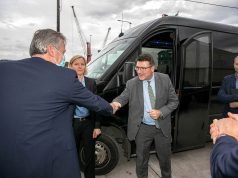