Ennistymon secured their spot in Round Three of the Clare SFC and Monday night’s draw when they breezed past Kilrush in Quilty.

Ennistymon improved on their shooting today when they scored 3-16 in 70 minutes of play, a noticeable increase of 3-14 from their opening round defeat to Lissycasey. Kilrush who were defeated by St Breckans in Round One are now fighting for their status.

Michael Leigh split the posts from distance to get Ennistymon off to a bright start but Kilrush replied instantly from Gearoid O’Brien. Padraig Brennan was called into action early on when he blocked Gearoid O’Brien’s low arrowed shot. O’Brien was causing Ennistymon problems early on and it was his marker Kevin Hehir accidently punched a dangerous ball into his own net. But that’s as good as it got for Kilrush, Ennistymon took control and scored eight out of the next nine points in the first half.

Kilrush started to look jaded and the North Clare side took advantage, two goals in quick succession by Joey Rouine and shortly followed by Seán McConigley opened up an assailable lead. Gearoid O’Brien never gave up and scored a magnificent goal for the Shamrocks but it wasn’t enough as his side lost out to a classier Ennistymon.

Ennistymon may have defeated Kilrush today but their form must improve if they fancy their chances of competing for the Jack Daly trophy. Ennistymon can now turn their attention to preparing for Round Three but as for Kilrush, they are staring a relegation battle right in the face to try salvage senior status. 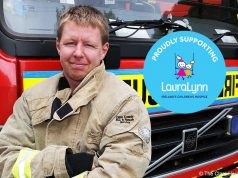 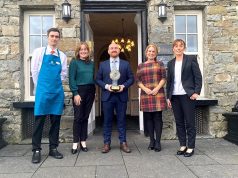