Clooney/Quin will be hoping to get off to a winning start in the PK Travel Clare Senior Camogie Championship this evening as they take on Kilkishen in Shannon at 7:15pm.

Is this the year Clooney/Quin are going to go all the way? Time will tell but it all begins this evening against Kilkishen. Mark O’Halloran is in his first year as manager of the side and has put a big emphasis on their opening encounter.

Kilmaley and Inagh/Kilnamona are also in Group B so there is an extra pressure to get a win in the first round tie. “The other group is very tough aswell that’s the enjoyment of this competition you can’t see past the first game and we have Kilkishen the first day next Tuesday evening and that’s all we’re looking for, that’s all we’re watching for and we’ll take it every game after that, I think Kilkishen is going to be a tough game, everyone wants to start off well and that’s the way the championship is set out”.

O’Halloran says there’s no changes to their panel for the year ahead but that is incorrect as Killanena’s Evelyn Glynn a former County minor and former Limerick Intermediate defender Mairead Ryan of Galbally have transferred to the club. Their input plus the return from injury of Kelly MacLean should boost their chances in 2016. “We’re fortunate enough they’re sticking together out there, we haven’t much of a pick as it is so we’re glad that we’ve the same panel again” he said.

For a team that has come so close on several occasions to securing the top prize in Clare camogie there has been something missing with Clooney/Quin when it comes to the crunch. Mark thinks it’s their mentality and reveals it’s something he has worked on with the side in 2016.

“You can only change a few things but it’s all down to mentality with the girls, they’re working hard, it’s a long pre-season its eight months since we started training, just trying to change their mentality, there’s plenty of capability in them girls and it’s just getting them over the line and that’s it”.

In his first year as manager, the position is an enjoyable one O’Halloran admits. “I’m seeing things differently, I’m enjoying it, they’re putting the heads down and all I can do is enjoy it and get on with it”.

They will be expected to get off to a winning start this evening and doing so would set Clooney/Quin up for a right crack at the title, being in this group is the ideal preparation for them as they attempt to do so. 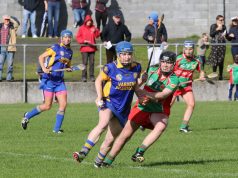 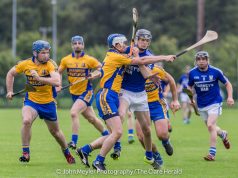 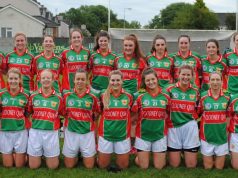 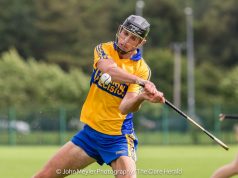 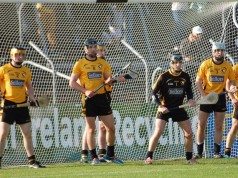 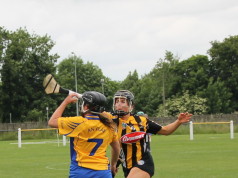 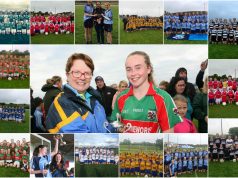 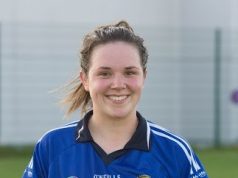