Ennis artist Mick O’Dea has come up short in his bid to win the biggest award in Irish contemporary art, The Savills Arts Prize.

The €5,000 Savills Art Prize is awarded to the artist who has produced an outstanding body of work in the last year or made some other substantial contribution to the visual arts in Ireland. This year one of Ireland’s most noted living artists Patrick Graham collected the accolade.

O’Dea was in the final shortlist of five contenders from across the country. Patrick Graham was announced as the winner at Vue 2016, Ireland’s national contemporary art fair at the Royal Hibernian Academy. The other nominees were Lisburn’s David Crone and Dublin-based duo Gavin O’Curry and visual artist Jaki Irvine.

“It’s a tremendous honour to receive this award, and I’d like to commend Savills and the organisers for their efforts in promoting Irish contemporary art,” said Mullingar man Patrick Graham.

19 of Ireland’s leading contemporary art galleries each nominated an artist for the prize and RHA director Dr Patrick Murphy, who has an extensive track record as a curator of contemporary Irish art, adjudicated.

“I am thrilled to award the VUE Contemporary Art Prize to Patrick Graham for his outstanding contribution to the visual arts in Ireland,” said Savills Ireland Chairman Roland O’Connell. “At Savills we celebrate creativity in the community and are proud to support this significant event for Ireland’s leading artistic talent.”

Patrick Graham, who has been described as one of the few modern contenders to take a place among the great masters, was nominated by the Hillsboro Fine Art gallery where he completed the ‘Lullaby’ series.

This series of paintings includes previously unseen works by Graham, including a new self-portrait of the artist. Graham has had significant influence on the Irish art scene and is credited by some as changing the face of Irish art in the 1980s with his introduction to neo-expressionism.

A member of Aosdána, Graham’s exquisite draftsmanship and expressive layering of images and text have seen him widely regarded as one of Ireland’s most important contemporary artist. 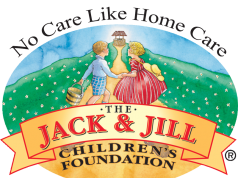 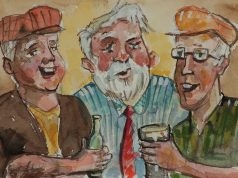 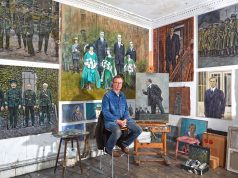 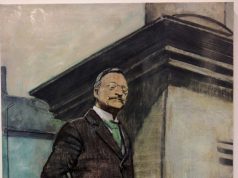 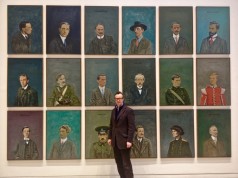