Comhaltas and members of Clare County Council are at odds as to whether the County will put in an application bid to host Fleadh Cheoil na hÉireann in 2018.

The county branch of Comhaltas is commited to having the Fleadh in Clare for a two year cycle and are looking at a possible bid in the coming years. Members of the Ennis Municipal District are keen to host the festival for three years in succession.

Clare welcomed the traditional music festival back to the County this year for the first time since 1977. The event was extremely well-received this year from visitors to Ennis and locals alike, however retailers reported that the two weeks were not as successful as they had hoped.

Chairman of Fleadh Cheoil na hÉireann 2017, Frank Whelan told The Clare Herald that a two year cycle is the best for the town but he is optimistic that it will return to Clare in the not too distant future.

“When we began the process it was on the basis of two years and the organisations course feel at this stage some of the experience of recent years that a two year cycle would be the best, that it works best for the voluntary committee because you must understand that it’s a voluntary committee that runs Fleadh Cheoil na hÉireann and it’s a very heavy commitment, people really put their lives on hold for the two years and for that reason we committed for the two years” Whelan said.

He added “There is always the opportunity to come back in a number of years again and make another bid. Having done it now it puts the fears to rest that Ennis may not be able to cope with Fleadh Cheoil na hÉireann, we know now that’s very possible and that the town is well able to accommodate a festival like Fleadh Cheoil na hÉireann. I suppose the best option is to comeback in a few years and have another stab at it but for the moment it’s a two year cycle.”

At this month’s meeting of the Ennis Municipal District, Cllr Pat Daly asked for clarification from Clare Comhaltas about the possibility of the County hosting the Fleadh for three consecutive years.

Director of Service with Clare County Council, Ger Dollard in his reply insisted that the application and decision making process rested entirely with Comhaltas Ceoltóirí Éireann (CCÉ). “The Council has entered into a Memorandum of Understading with Comhaltas regarding the operation of Fleadh Cheoil na hÉireann 2017 and it is hoped to achieve further improvements and enhancements to an event and festival which was very successful in August 2016”.

Daly is optimistic the County can host the Fleadh in 2018, he revealed that he brought the motion to the floor on the request of several people involved with Comhaltas who wanted it highlighted. The Fianna Fáil Cllr encouraged the local authority to write to CCÉ. “There is no harm in doing this motion, it might just work”.

Cllr Ann Norton agreed with Daly’s views but stated that she had got the impression from Comhaltas in Clare that they were “not overly enthusiastic” and “were happy to give it to another town” for 2018.

Fine Gael’s Mary Howard admitted that “the conversation is out there” and people are interested to see what happens. “We won’t be waiting as long to host it again” Howard added before saying that Ennis is one of a number of towns capable of hosting the Fleadh.

A decision regarding the hosting of the 2018 Fleadh will be announced in March 2017 where applications received from individual Comhaltas branches will be considered. 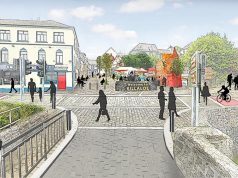 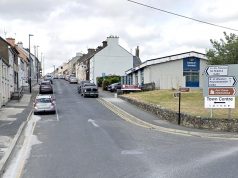