The East Clare Musical Society Committee is ecstatic that their production of Lionel Bart’s classic musical Oliver has just had a record breaking run.

Eoin O’Hagan reviews the musical for The Clare Herald

Five Shows in four days saw full houses and five standing ovations from over 2500 people who were lucky enough to watch this spectacular musical drama. Directed by Paul Norton with Musical Direction by Johnny O’Brien, 90 members of the cast and chorus, assisted by an 15 piece orchestra, danced to and sang all the famous songs from Oliver.

Ten year old Cathal Culloo from Tulla had the starring role, and this once shy lad grew and blossomed into a star of the stage. Not a seat creaked in the auditorium of Scariff Community College as Cathal sang his solo “Where is Love”. This tiny (in stature only) boy held over 500 people in the audience, in the palm of his hand as he sang this song.

He was not always alone on stage though. The ‘Artful Dodger’ played by 13 year old Justin Heaney from Killaloe, lit up the audience with his graceful and nonstop dancing. This on top of an acting prowess that a person twice his age would get Tony awards for.

Every audience, during the five show run left the theatre talking about Oran Treacy from Bodyke. This seventeen year old leaving cert student was a revelation when he walked onto the stage of his school. Oran came to the role of the miser Fagin late on in rehearsals. Juggling studying for his Leaving Cert coupled with extremely important Christmas exams, Oran got the role of Fagin and took ownership of the wizened, arthritic, miser’s character with his penchant for gin and pocket picking. With the help of makeup artist (I would like to emphasise the artist part) Gina Sparling, this young man transformed in front of the mirror into a character that never stopped moving, with Fagin’s hoarse accent, stooped gait, singing prowess and perfect acting which belies his tender years.

Sykes played by Michael Donnellan from Whitegate was the swarthy, dangerous, violent character that we all remember from the original movie. He strode around the stage as if he owned it and the other cast members looked fearful of him. One who had cause to fear though was Nancy, played by Vashti Curran from Flagmount. This extremely talented actress took on the role of Syke’s doxy with abandon and sashayed around the stage, toying with Oliver, Dodger, Sykes, Fagin and the audience. Her powerful voice took the classic songs and gave them a sexy, earthy feel that had the audience spell bound.

There was comedy too, Mr Bumble, played by Ogonnelloe’s Jim O’Brien and the Widow Corney played by Ruth McMahon from Scariff, had a hilarious scene in the first act. Slightly risqué, but very funny, their acting and singing had the audience in stitches. Followed by Mr Sowerberry played by Richard Hansom from Killaloe and Mrs Sowerberry played by Ursula Hogan from Mountshannon, who had a laugh filled scene with Mr Bumble and Oliver in the Sowerberry’s Undertakers Parlour.

There were lots of supporting cast members who energetically played opposite the lead actors, and with thirty seven young boys from all parts of East Clare, who, along with a chorus of teenagers and adults, sang and danced all through the show. Choreographed by Pamela McGlynn who was assisted by Claire O’Sullivan the cast and chorus lapped up the deserved applause from the appreciative audiences.

Led by Chairperson Darren McNamara, The East Clare Musical Society have raised the bar several notches with this amazing record-breaking production. For the people of East Clare and beyond who witnessed it, it was the perfect start to Christmas. The five deserved standing ovations justified the selection of Oliver as this year’s musical. 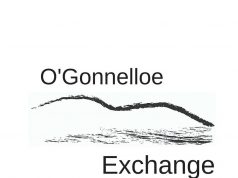 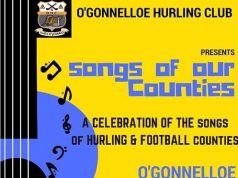 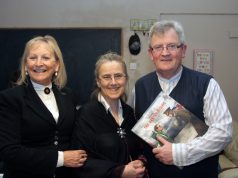