Noticeably David Scott & Co Solicitors who received the second highest sum from the council in 2015 had no dealings with the Council in 2016.

Niall Barrett, Head of Finance with the local authority said of the legal fees. “In relation to 2016, it should be noted that the a number of cases which had been ongoing for some time were completed and the legal costs became due in one year for work done over a number of years”.

According to Barrett all figures were inclusive of VAT and he added, “It should be noted that the total amounts include €322,000 for 2015 and €214,000 for 2016 in relation to legal costs incurred on capital job codes, which are funded in many cases by grants”.

Cllr Clare Colleran-Molloy outlined her disappointment to see “scarce resources spent in legal area”. She noted that the Wexford County Council equivalent spend is “substantially lower” with bills of €150,000. “Serious analysis is warranted” according to the Fianna Fáil councillor who then stated that “those figures would warrant a salary for a person”.

“That figure of €1m deserves analysis, we must be seen to be in control of our expenditure”, highlighted Cllr Christy Curtin. He commended Niall Barrett and his staff for their “forthright reply”, before pointing out that the 2014 figures were in excess of €613,000 and two years later this rose to over €1 million. “It is not enough to raise alarm we must turn on the clock. There is a duty of care on us to act accordingly”, the Independent councillor commented.

Fianna Fáil’s PJ Kelly was extremely concerned with the figures. He used Kerry County Council as an example and said they have “a much bigger budget and an inhouse legal team”. He remarked that despite this Clare County Council still has “five times the legal spend”. 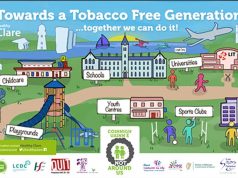