Education workbooks on Clare’s raptor populations have been provided to every primary school student in the County.

Clare’s many different species of birds of prey are examined in the workbooks, from the smallest, which is a falcon called the Merlin, to the largest, which is the enormous White-tailed Eagle, and the endangered Hen Harrier also known as ‘the skydancer’ for which Clare is one of the most important counties.

As top predators, raptors have long been recognised as important biological indicators of healthy ecosystems. Their position at the top of the food chain means that they can be used to demonstrate a diverse range of environmental issues which affect our countryside. However, more importantly these top predators command a special interest and respect, particularly with younger audiences and therefore are a perfect conduit through which to learn about biodiversity in a fun and informative way.

Information on local raptor populations within the county is contained in the workbooks. It uses the different raptor species to introduce topics through images, graphics and animations, basic ecological information, fun facts and games. Pupils will explore aspects like adaptations in the natural world by learning about the silent flight and amazing hearing of the Barn Owl, discover the importance of healthy ecosystems by learning about extinctions and declines in top predators, as well as loads of positive stories like the return of birds previously extinct in Ireland.

Over the coming weeks, John Lusby of BirdWatch Ireland will provide an information session at the Clare Education Centre for teachers and students on how best to use the workbooks in a classroom situation. The workshop will feature an overview of the content, insight into where to access additional resources and information online, and a discussion on developing related environmental projects through schools.

A video showcasing Clare’s raptor populations has also been produced to accompany the two editions of the workbooks, one for students of 1st to 3rd classes and one for 4th to 6th class pupils.

Congella McGuire, Heritage Officer with Clare County Council says raptors were chosen as the focus for the workbooks as they are “instantly appealing to children”. Ms. McGuire acknowledged Birdwatch Ireland and Pat Hanrahan of Clare Education Centre for their role in developing the new workbooks.

John Lusby of BirdWatch Ireland stated “As top predators, birds of prey such as falcons, owls, harriers and eagles can be used as to explore and learn about a wide range of environmental topics such as ecosystems, food chains, conservation threats, and the importance of a healthy environment.”

Ms McGuire added. “The aim of the upcoming information workbooks is to increase appreciation and awareness of the local environment in a fun and appealing way while fostering a sense of the value of biodiversity and a healthy countryside outside the classroom window”. 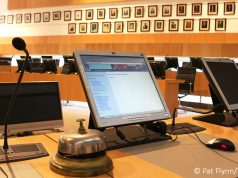 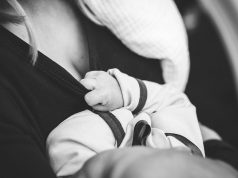