A Defence Forces cadet will run a 10km charity road race this weekend in full uniform and carrying 35lbs of equipment.

On Saturday, Ennis man Shane Murphy (27) will take part in the annual Eamon Moloney 10km event to raise funds for charity as well as awareness about careers in the Defence Forces.

Mr Murphy is undertaking the challenge as part of the Command and Leadership module of his military training.

The annual run is organised in memory of well known Ennis man Eamon Moloney, who was not only a running enthusiast but spent many years helping and coaching young athletes.

Shane said: “I am serving as a Cadet with the Irish Air Corps and I am an Ennis native myself. I am looking to raise vital funds for the Mid West Simon Community and try tackle the issue of homelessness.”

Murphy, who initially worked in the aviation industry, was awarded a Cadetship with the Air Corps in October 2015 and has since then completed 9 months Military and Leadership training.

He is currently in the Ground School Phase of his training where he is studying the Airline Transport Pilots Licence (ATPL) syllabus before beginning the flying phase of his Cadetship. 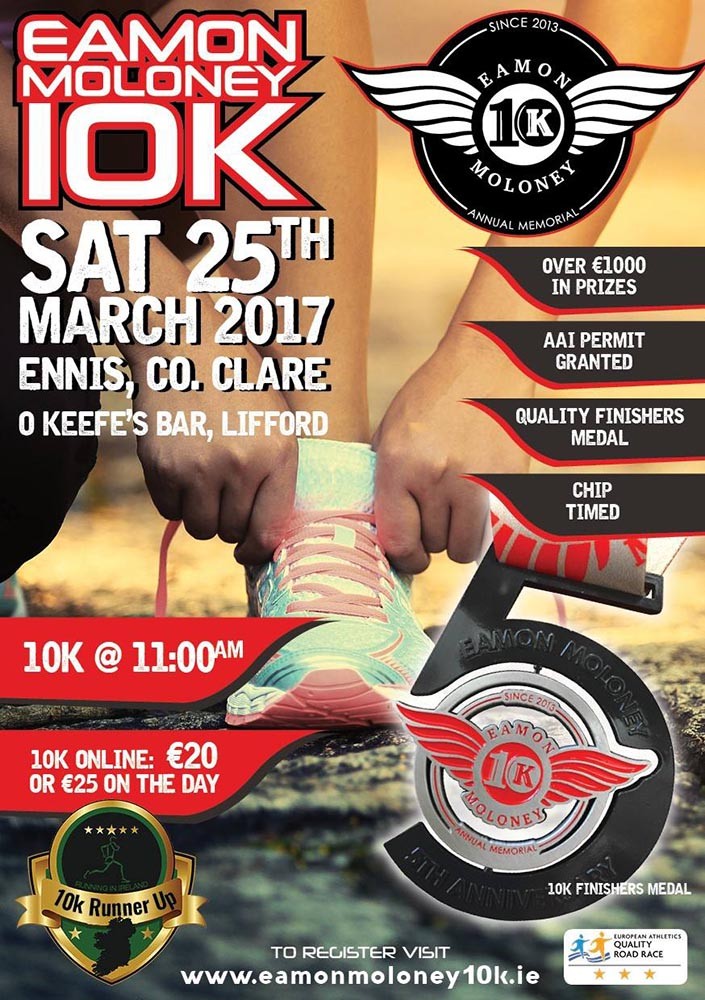 “As part of our Ground School training we are also completing a Command and Leadership module which trains us to become future leaders in the Defence Forces as commissioned officers.

As part of this module, I took it on myself to raise money for charity and showcase the training I have completed by taking part in the Eamon Moloney 10k this year,” Mr Murphy added.

“The Defence Forces look for new people to join them each year and I believe this is another way of showing others out there the opportunities that come with the Defence Forces both in the General Recruitment and the Cadetship,” he concluded

Now in its 5th year, the Run Clare – Eamon Moloney 10k, is fast becoming one of the biggest and best 10ks in the county and will take place in Ennis on Saturday.