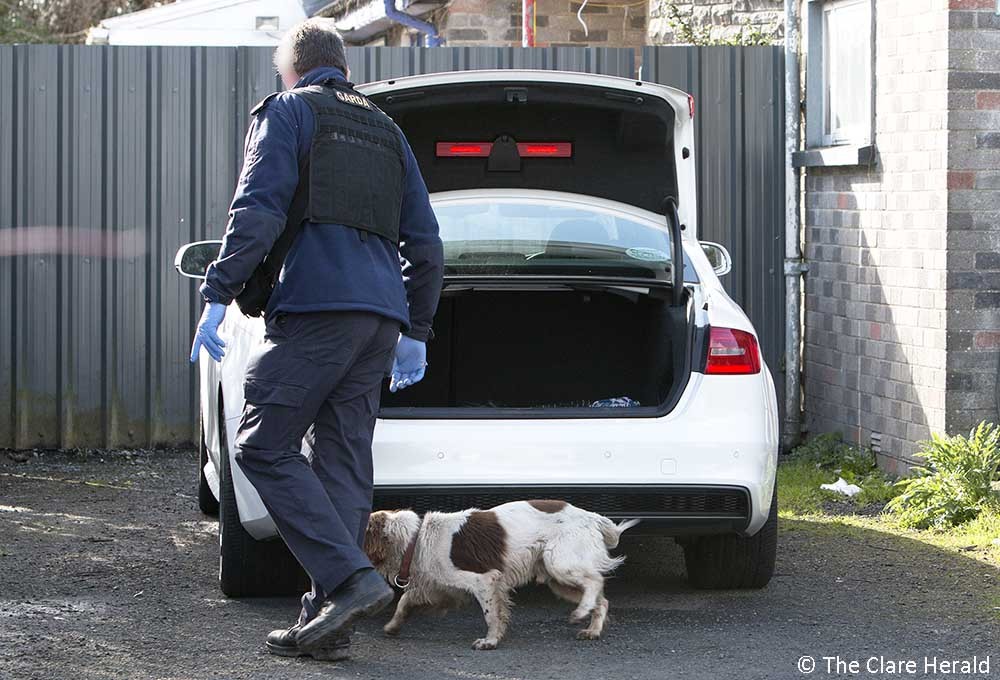 Gardaí have arrested one man and seized over €80,000 worth of cocaine and cannabis after they swooped on a house in Clare this afternoon.

Backed up by members of the armed Regional Support Unit (RSU) and a Garda Dog Unit from Cork, detectives from Clare Divisional Drugs Unit and local gardaí raided a house on the old Ennis to Limerick road at Clonroad More shortly after midday.

The drugs were discovered in an open area at the property.

A hydraulic press and other drug paraphernalia as well as mobile phones and other property were also seized during the raid.

A male in his 30s was arrested at the scene and is currently being held at Ennis Garda Station under Section 2 of the Criminal Justice (Drug Trafficking ) Act 1996.