A woman had lucky escape yesterday when a security fence and some shrubbery was all that prevented her car from crashing onto a live railway line.

The woman was driving along the R462 that links the Sixmilebridge road with the N18 Limerick to Galway dual-carriageway when she lost control of the vehicle.

The incident occurred at sound 9am near Cratloe when the car left the road and mounted a ditch before smashing into security fencing. Several panels of the steel fencing were demolished but prevented the car from ending up on the tracks.

Two units of the fire brigade from Shannon along with an ambulance and several Garda patrols responded to the incident.

The collision happened at level crossing that provides access to a local farm but not used by the general public. The car missed the crossing gates by inches but pushed the fencing inwards towards the rail tracks.

Irish Rail maintenance personnel were also requested to attend the scene to ensure the damaged fencing did not prove a threat to train operations on or security of the rail line.

The woman was treated at the scene and removed to hospital for further examination. She was not seriously injured.

Last month, one person was hospitalised following a collision at the exact same location that involved a car and a van. An elderly man in a car lost control and careered across the road before ploughing into an oncoming van.

While the collision occurred at the crossing, neither vehicle collided with the gate or fencing and train operations were not affected.

In 2012, a train collided with a tractor at the same crossing however no one was injured. 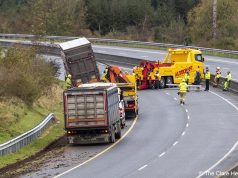 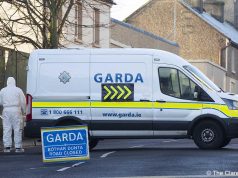 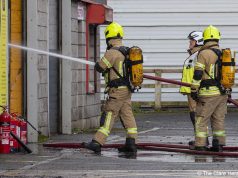