Truagh had an excellent start to their first home game of this year’s league.

Roisin Begley scored a goal after Kilmaley had an early scorable free cleared down the field by Eimear Kelly with Aine O’Loughlin completing the pass to Begley.

Laura Foley added a further three points, all from frees, the most difficult from 65 metres out, near the sideline, excellently converted by Foley.

O’Loughlin got her name on the score sheet with a fine point from play from a tight angle. Kilmaley were startled by the strong start from Truagh and it was 18 minutes into the match before they scored their first from play and followed that up with two more from play to get into the game.

Claire McMahon for Kilmaley went for goal with a 20 metre free and was rewarded for her efforts to put the minimum between the teams with only a few minutes left in the half. Foley scored her first from play to put Truagh two points ahead at the break.

Kilmaley started the stronger this half, scoring two points in as many minutes to level the match. O’Loughlin was on hand for Truagh to restore their half time lead, with one from play and one from a free.

The teams exchanged points 10 minutes into the half, with an excellently taken 65 metre free from Kilmaley and a point from play for goalscorer Begley. Again they exchanged scores 15 minutes into the half, with a Kilmaley free and a Truagh free, taken by Foley. The third quarter was proving as tight as the second quarter in this entertaining league clash.

Hannah Horgan was unlucky for Truagh after her shot on goal was blocked out for a 45 by Kilmaley’s no 1 Denise Lynch, but Truagh still profited as Foley converted the resulting 45 to extend Truagh’s lead to 3.

Aine O’Loughlin added another free and with Foley & O’Loughlin on target with frees Truagh were punishing Kilmaley from anywhere inside their 65 metre line. With three minutes remaining Kilmaley got back within 3 with another converted free. However the last say of the match was reserved for Horgan, who scored a goal on her next attack with a shot in off the upright to put the result beyond doubt. The final score Truagh 2-11 to Kilmaley’s 1-7.

In winter like conditions on Saturday evening in Corofin, St. Josephs made an encouraging start with points from Caitriona Hennessy and Ciara Whelan. Aleisha Malone replied with a point for the homeside in the opening quarter.

The seesaw pattern would continue with Aoibheann Malone & Caitrona Hennessy exchanging points.  St. Josephs hit back with four unanswered points before Corofin’s  Aoibheann Malone scored her sides third point of the half.

Hannah Meaney added one more for St. Josephs to go 0-7 to 0-3 clear at the interval.

At the resumption of play and now facing into a strong wind, St. Josephs extended their cushion to seven with a goal from Ciara Whelan inside the opening five minutes. A battling Corofin did pull a goal back midway through the half leaving four between the sides. Points were exchanged for the remainder of the game with scores from Louise Woods(2), Siobhan Lane (1), and Emer Kierce (1), earning St. Josephs a merited win.

Clarecastle who were crowned Feile Division 2 Champions on Saturday evening in Clooney after beaten Clooney/Quin in the semi final on a score of 1-6 to 1-2 to qualify for the final against Kilmaley.

In bitter cold conditions it was a tough contest which saw the Magpies fight to the end. Rebecca Griffin’s Goal gave Kilmaley’s a 1-0 lead at half time on a score of 1-0 to 0-0.  The Magpies gathered momentum at the restart of the 2nd half with Ciara O’Dell dominating midfield scoring 1-1. 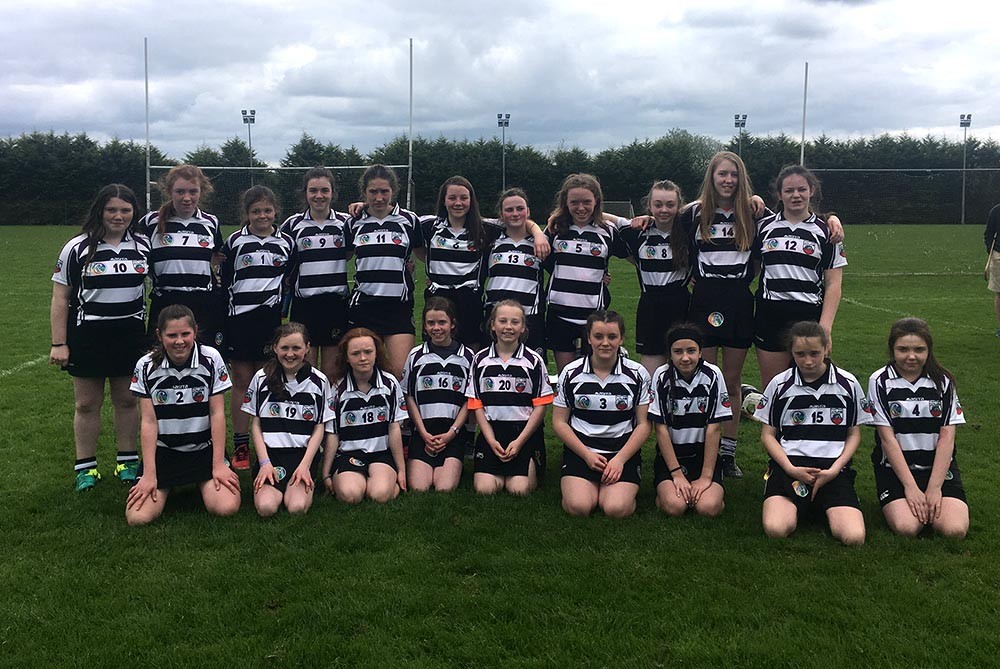 In the final minutes Emma O’Donoghue helped to secure victory scoring 0-1 to qualify for the National Feile to be held in Wexford in June. Final score Clarecastle 1-2 Kilmaley 1-0. Other to impress for the winners were Goalkeeper Katelyn Talty, Beth Faulkner, Abby Moloney, Teagan McInerney & Charlotte O’Brien.

Ruan claimed the Division 3 title on Saturday afternoon, a win over Cratloe in the semi final saw them face Banner who had accounted for Broadford in the opposite semi final. In wintery conditions at times, Banner fought hard but with the inaugural Janet Neilan Shield at stake for the winners, Ruan battled hard running out winners 4-0 to 1-0. 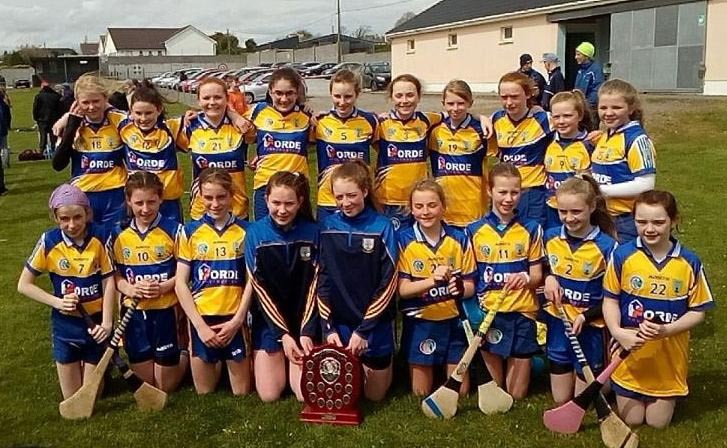 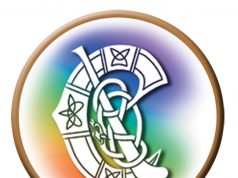 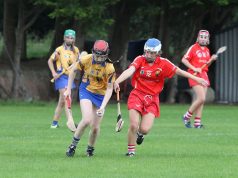 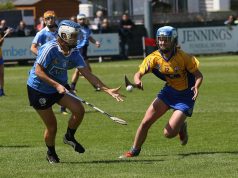 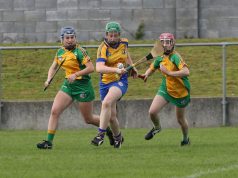 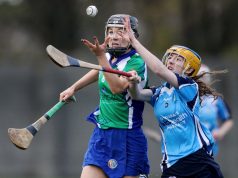 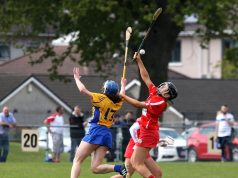