The Galway, Shannon Ennis and Limerick Chambers of Commerce have today said that retaining year-round services between Shannon and New York must be a priority for Government efforts to achieve balanced regional development.

Responding to the decision by United Airlines to suspend its Newark flights from Shannon, from 24th November 2017 to 9th March 2018, the Chambers said that Shannon’s success in growing its services since separation had been one of the cornerstones of recovery for the Mid-West and West of Ireland regions.

The Mid-West and West regions recorded the highest growth rates in IDA backed FDI investment in 2016, increasing by 9% overall. A significant proportion of this FDI investment comes from US companies, for which connectivity to the American market is vital, the Chambers stated.

Shannon Chamber CEO Helen Downes said: “The level of accessible air services is a key component in the ability of the region to attract future FDI and retain existing levels of MNC employment. These companies need year-round access to their parent companies and customers in the US.”

The impact on the Hospitality sector was also highlighted by the Chambers. Ennis Chamber President Mr William Cahir noted that: “In 2016 the North American market accounted for approximately 25 per cent of tourism revenue in the West and Mid-West regions. We depend on this link from both sides of the Atlantic Ocean. The tourism sector is a key factor in the provision of regional balance throughout Ireland. The connectivity provided by Shannon Airport, as a gateway to the Wild Atlantic Way, is a central enabler for the tourism sector. ”

Commenting on the announcement Galway Chamber President Mr Maurice O’Gorman said: “Businesses across the western regions constantly stress the importance of the connectivity provided by Shannon in their decisions to locate in the regions. The international access provided here on the western seaboard by Shannon is also vital for indigenous enterprises seeking to expand into international markets.  We will be making a very compelling case for retention of these service and redoubling efforts to ensure it is fully supported.”

Said Dr. James Ring, CEO of Limerick Chamber: “The connectivity Shannon provides is vital for many big investment decisions. If anything United’s decision poses a real challenge to Government about its determination to correct regional imbalance on the island of Ireland.”

The Chambers jointly called on local, regional and national public representatives to take action to support the key role Shannon plays in driving effective regional development. Supporting air connectivity to Shannon should be a key priority for Government and recognised, in particular, in both the forthcoming National Planning Framework and the National Aviation Policy.” 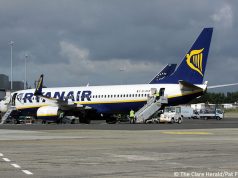 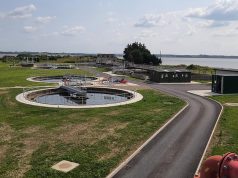