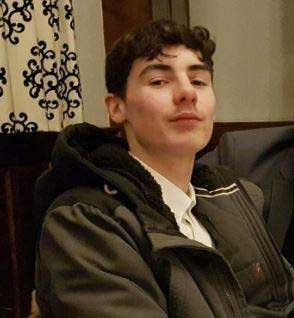 The body of a young man, who had been missing from his home for almost a week, has been found on the outskirts of Ennis this afternoon.

19-year-old Jack Dinan was last seen last Tuesday when he left his home at around 10.00am.

A major multi-agency search operation was mounted later in the day when his family expressed concern for his safety and confirmed to gardaí that Jack may have a firearm with him.

The search initially involved uniformed gardaí and armed detectives who were joined that evening by a helicopter from the Garda Air Support Unit.

The following day, members of Clare Civil Defence, specially trained in drone operations, were requested to assist in the search.

While gardaí had warned the public not to approach Jack, they also confirmed there was no suggestion or evidence that Jack would harm anybody.

Gardaí made a public appeal for Jack to return home or at least make contact with a family member to let them know he was alright.

At around 3.40 this afternoon Jack’s body was located in a wooded area at Beechpark about two kilometres from his home. The discovery was made by a man who had been walking in the area. Members of Clare Civil Defence assisted gardaí with the recovery of the body.

The Garda press office confirmed the officers searching for Jack, “located his body in a wooded area near Ennis.”

Following an examination of the scene, the teenager’s body was removed to University Hospital Limerick where a postmortem examination will take place.

Gardaí have confirmed that they do not believe that the young man’s death is suspicious.