Security is tight around Trump International Golf Links and Hotel in Co Clare today where a son of US President Donald Trump is visiting.

Eric Trump (34), Executive Vice President of the Trump Organisation, arrived in Shannon from La Guardia Airport in New York at around 5.20am on board the Trump family’s luxury Boeing 757-200 private jet.

Mr Trump was whisked away amid tight security to his family’s property in Doonbeg, West Clare. Trump International Golf Links and Hotel was purchased by President Donald Trump in 2014, reportedly for €9m.

Originally designed by legendary golfer Greg Norman, the course at Doonbeg has been redesigned under the stewardship of world renowned designer, Dr. Martin Hawtree, at an investment of over €5 million.

Eric Trump is expected to play golf in Doonbeg as well at other courses in the region in the coming days.

Sources have confirmed that in recent days, security personnel believed to be part of the US Secret Service, visited a number of locations in Clare and Kerry which Mr Trump is expected to visit.

A spokesman for the Trump International in Doonbeg confirmed that Mr Trump was in the area for a ‘business and golf’ visit. 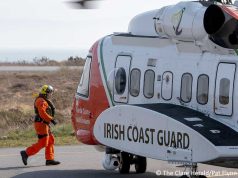 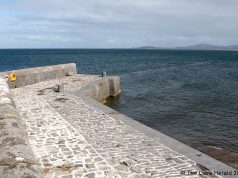 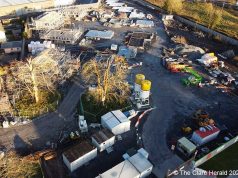