A new initiative has been launched which aims to source, share and celebrate stories of farmers across Ireland who are considered to be managing their land and livestock in a way that benefits nature.

The national Farming for Nature Award is sponsored by Bord Bia and supported by a wide range of farming and conservation interests including the Dept of Agriculture, Food and the Marine, the National Rural Network, the National Parks and Wildlife Service, the Irish Farmers Association, the National Biodiversity Data Centre, Teagasc and the Heritage Council.

The idea is the brainchild of a group of heritage enthusiasts based in the west of Ireland. One of them, Dr. Brendan Dunford of the Burren Programme, explained that ‘a few years ago, with Bord Bia support, we started a celebratory night for selected Burren farmers who we felt were pioneers in actively managing their land for nature. Witnessing these farmers being recognised by their community and their peers was both moving and  powerful, and has really inspired other farmers in the area to follow suit on their farms and in some cases go on to develop nature-based businesses’.

Dunford went on to say ‘Every year farmers from across Ireland come to the Burren Winterage School and we are bowled over by their personal stories and enthusiasm for nature: there is a great need for such positivity right now when things can appear so bleak and negative. We are convinced that with the appropriate, targeted financial and technical support, most farmers are actually very enthusiastic about farming for nature: the idea of this initiative is to provide a little wellspring of inspiration for these farmers and to shape a more positive narrative around farming and nature.

Another member of the organising group, Dr James Moran of GMIT, noted the opportune timing of the Award: ‘The Common Agricultural Policy is increasingly recognising farmers as more than food producers and aims to incentivise enhancement of the countryside. Recent initiatives around Ireland including EU LIFE projects, results based payments for biodiversity and DAFM European Innovation Partnerships, funded under the Rural Development Programme 2014-2020, have highlighted the real appetite there is for farming for nature. Many farmers are going that extra mile for nature and this is an opportunity to celebrate their achievements on a national scale.’

Project co-ordinator Brigid Barry explained the nomination and selection process ‘Farmers will be nominated by a panel of over 100 heritage specialists across Ireland and then shortlisted based on agreed criteria. We are hoping to hear about farmers who do great things for nature, who farm in a manner that is agriculturally, economically and socially progressive, and who are willing to share their story with others.  Short videos on five of these farmers will then be made and used as part of an online voting system where the public can choose their favourite story. The winner will be announced at the annual Burren Winterage School on the 27th October 2018. 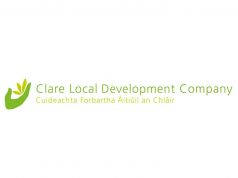 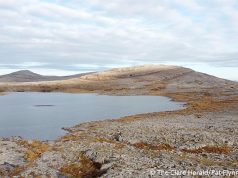 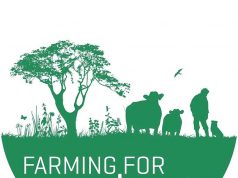 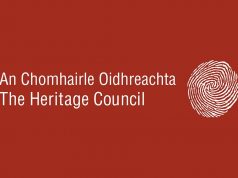 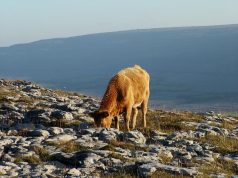