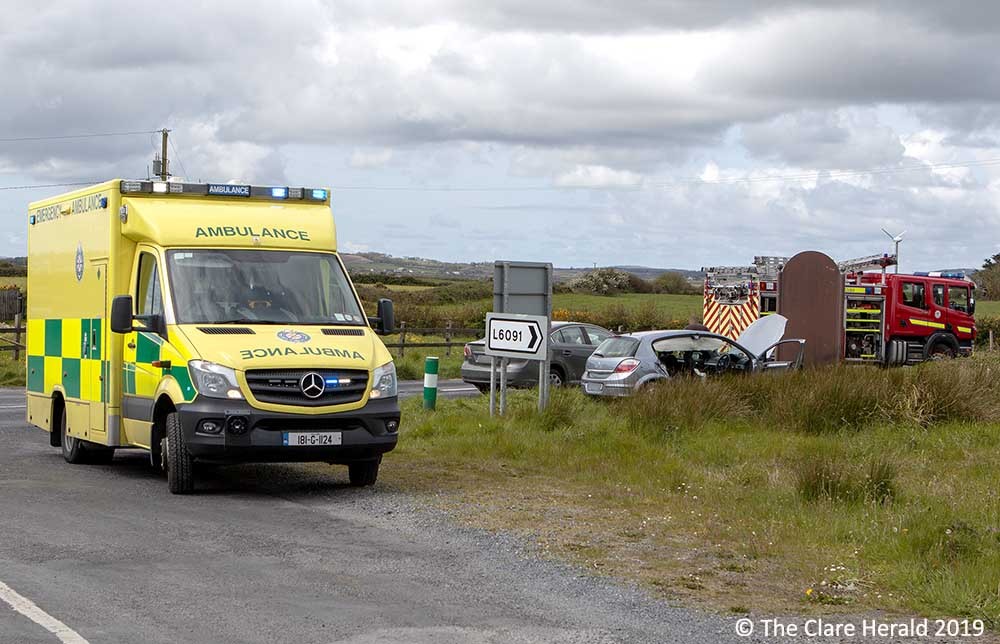 An elderly woman is recovering in hospital following a road traffic collision near Kilrush this morning.

The crash occurred shortly after 11.00am at Carnanes Cross on the N67 about two kilometres on the Kilkee side of Kilrush. One of the cars left the road following the collision.

Two units of the fire brigade from Kilrush and Gardaí responded from nearby Kilrush while a National Ambulance Service crew form Ennis, including an advanced paramedic, also attended the incident. Fire crews used cutting equipment to remove the driver’s side doors so they could safely extricated the injured woman.

Emergency services are at the scene of a two-car collision on the N67 at Carnane's Cross on the outskirts of Kilrush.

Kilrush Gardaí say the road is expected to be closed for the remainder of the afternoon.@aaroadwatch

She was later removed by ambulance to University Hospital Limerick for treatment however her injuries are not believed to be serious.

The driver of the second vehicle escaped injury.

The road as closed while emergency services dealt with the incident while was diverted away from the area.

Gardaí at Kilrush are investigating the cause of the collision.