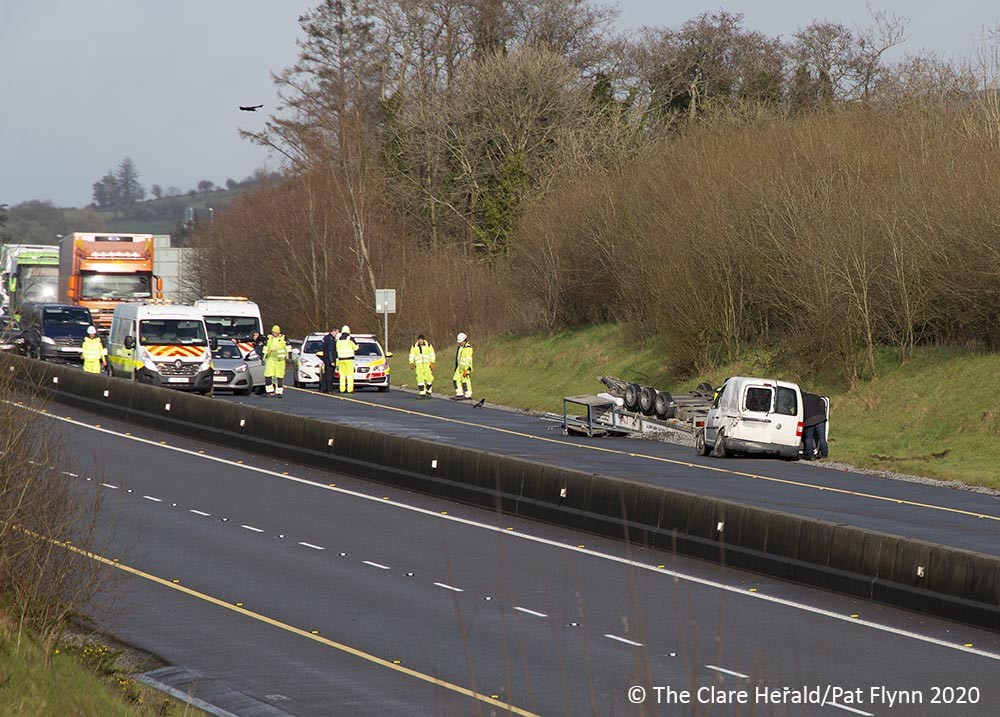 Traffic was abruptly brought to a stop on the M7 motorway in Co Tipperary this afternoon after a van and trailer jack-knifed and crashed out of control.

The incident happened at around 3.30pm in the southbound carriageway of the motorway a short distance from the Birdhill interchange. The van and trailer were travelling towards Limerick at the time.

The trailer appeared to have been carrying household furniture and poles and overturned in the hard-shoulder. The van, which was extensively damaged, spun around in the incident and left facing the opposite way.

It’s understood that there were two people in the van at the time and that neither was seriously hurt.

One of the occupants of the van was assessed by ambulance paramedics but it’s understood he didn’t require hospital treatment.

Efforts to clear the van and trailer from the motorway as well as the load the driver was transporting took some time however one lane of traffic was reopened at around 5.15pm while the motorway was fully cleared by 5.30pm.

The cause of the accident wasn’t immediately known but emergency services have dealt with a number of incidents on the M7 since early morning as well as other routes during the day. Several collisions occurred in Co Clare after heavy hail showers. 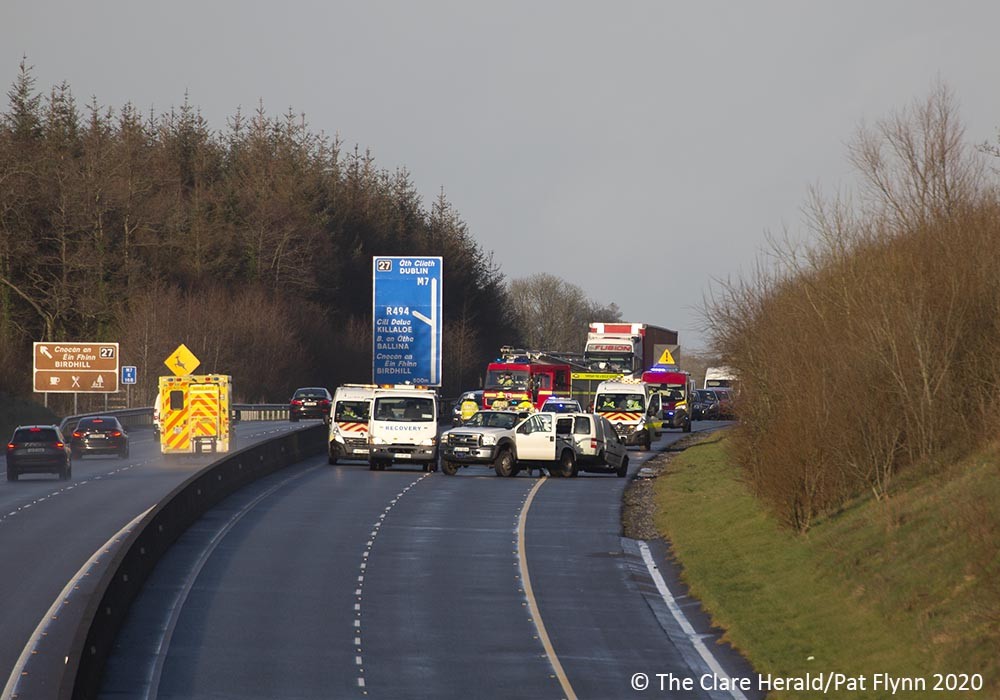