The world’s largest aircraft, the Antonov AN-225, has arrived at Shannon Airport from China carrying the largest consignment of Personal Protective Equipment (PPE) to be flown into Ireland on a single flight.

The AN-225 has delivered almost 900,000 medical gowns for distribution in Ireland. It is the second plane carrying medical gowns to arrive in Shannon in the past few days. A Boeing 737 landed in Shannon earlier in the week with the first part of the same HSE order.

The mammoth airplane was originally due to arrive on Tuesday afternoon and then at 10.00am yesterday but was delayed in Almaty, Kazakhstan because of a technical issue. The aircraft flew to Baku in Azerbaijan overnight before continuing to Shannon.

Both consignments were managed and co-ordinated by Shannon based West Coast Aviation and their partner Metistechnicall on behalf of the HSE. The entire consignment of over one million medical gowns between the two flights will be distributed in Ireland to front line staff in the fight against COVID-19.

The CEO of Health Service Executive Mr Paul Reid confirmed on Twitter that the aircraft was carrying part of an order of “1M gowns which represents 12.5 days of stock based on current demand.”

Speaking about the Antonov 225, Niall Maloney, Shannon Airport’s Director of Airport Operations said: “With a wing span wider than the Croke Park pitch and, from nose to tail, over one and a half times the length of an Olympic swimming pool, the Antonov 225 stands alone as the largest and most powerful planes ever made.

“Shannon Airport is proud to have played its part in bringing this vital cargo to Ireland. Our airport staff have been working on the front line ensuring the safe arrival of PPE cargo flights since the start of the crisis.  We love having the Antonov here. It’s an incredible aircraft and when you see it on the taxiway here, it dwarfs anything else on the airfield. When you take its enormous size into perspective, it’s almost unbelievable that it can get up into the skies, let alone be as graceful when it’s up there,” he said.

Six-storey-high, the Ukrainian-built Antonov AN-225 is the only one of its kind. It has a wingspan of 88 metres, 32 wheels and is capable of carrying 640,000 kgs on take-off. Known as the ‘Mriya’ the Russian word for dream.

Shannon Airport has remained open as an essential service throughout the pandemic handling the delivery of multiple consignments of PPE since the virus took hold in Ireland.

Manufactured in 1988 for the Russian Space Programme.

Wingspan:  88 metres (The width of Croke Park is also 88 metres)

The flight route of the Antonov: China to Kazakhstan – Baku, Azerbaijan – Shannon Airport

Cargo on Board the Antonov 225:  medical gowns

Quantity of PPE on board the Boeing 737 (part of the same consignment which arrived in Shannon on Monday 8th June: 126,000.00

Okay guys live stream coverage was difficult out on the airfield so check out the footage we captured offline of this incredible aircraft arrive into Shannon!#ANTONOV #AN225 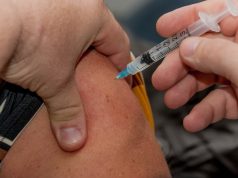 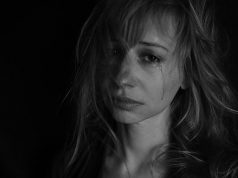