Delta Air Lines will not resume its seasonal service from Shannon to New York next year in what is another blow for the airport’s transatlantic schedule.

The Shannon Airport Authority (SAA) has confirmed that the carrier has informed them they are cutting transatlantic capacity as a result of demand being at an all-time low across their network. As a result, the carrier, which commenced operations from Shannon in 1986, will not operate the route in 2021.

United Airlines has already confirmed that they will not return to Shannon this year or next. They had operated a seasonal services from the mid-west airport to Newark in New Jersey.

After that news was confirmed in June, Shannon Airport said they were “pleased that American Airlines, Delta and Aer Lingus have indicated that they will resume their transatlantic services from Shannon in 2021.”

However, Delta Air Lines have now advised the SAA that they will not operate the route in 2021. It’s hoped Delta will return to Shannon in 2022.

A Shannon Group spokesperson has confirmed: “Delta have advised Shannon Airport that with demand at an all-time low across their network they are cutting their Transatlantic capacity next year and will be concentrating mainly on hub to hub activity and major cities.”

Shannon Group CEO Mary Considine said: “Shannon Airport has had a strong relationship with Delta over the past 34 years. We are proud that Shannon was the first Irish airport that the airline chose to operate to in 1986. We will continue to work closely with the airline to ensure the earliest possible resumption of this popular service for Shannon.”

Ms Considine has called for the urgent implementation of the Aviation Recovery Taskforce recommendations to support and rebuild the aviation sector, and in particular to support regional connectivity which is of critical importance for the recovery of the regional economy.

“The aviation industry is on its knees, with 7 million jobs across the sector under threat as a result of the ongoing pandemic which has seen airlines and airports all over the world forced to make difficult decisions,” she said.

As an island nation, aviation is the lifeline that connects us to the global economy and how quickly we recover as we emerge from this crisis will depend on the recovery of the aviation sector. The industry urgently needs immediate Government support to continue to fulfil its role in providing vital air connectivity to regions which underpin business and tourism and help drive the wider national economic recovery,” Ms Considine added.

The Aviation Recovery Taskforce was set up by Government in recognition of the unprecedented financial and commercial risk to Ireland’s aviation sector and the Taskforce made a number of recommendation which need urgent implementation,” Ms Considine said.

As it stands, two operators could potentially provide transatlantic service as international borders begin to reopen. These are Aer Lingus and American Airlines.

Aer Lingus is currently offering seats for sale from October 25th on its New York and Boston routes from Shannon while it’s also possible to book flights from Shannon to Philadelphia with American Airlines from next May. 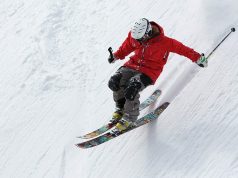