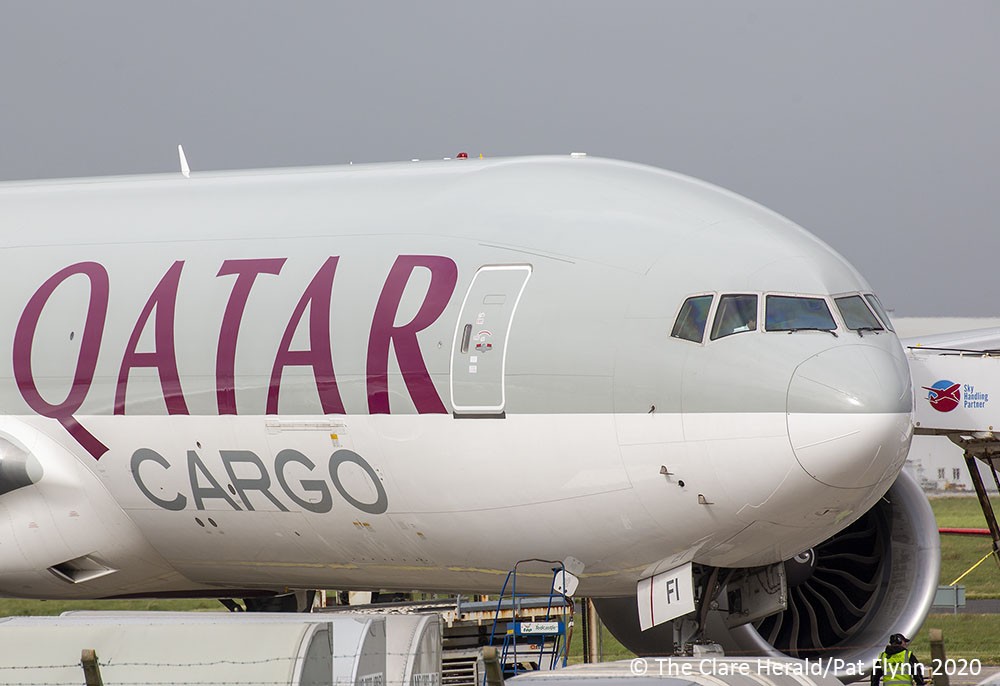 Fianna Fáil TD for Clare Cathal Crowe is calling for the establishment of an “air cargo bridge” at Shannon Airport, post-Brexit.

At a recent meeting of the Oireachtas Transport Committee, a group of Midwest air cargo experts briefed TDs and Senators on the proposal, which it’s claimed could rejuvenate not only Shannon and the Midwest but provide huge opportunities for the Irish economy.

“I’ve been speaking extensively with Damien Regan from Sixmilebridge and Kieran O’Callaghan from Limerick in recent months and I formally requested that they be given an opportunity to come before our committee to outline this excellent plan,” said Deputy Crowe.

“I also linked them in with Shannon Group and they have held extensive talks with them on it too. Although air cargo only accounts for 1% of all cargo exported from Ireland, it has a very high monetary value – it’s estimated it counts for 30% of the value of all our exports.

“At the same time, we are trucking exports from Shannon to the UK, for it to be flown to every corner of the globe which makes zero sense. Damien and Kieran are proposing that post-Brexit we would have an air cargo facility to ensure that Ireland is perfectly positioned to be a stepping-stone between North America and Europe.”

“I asked which airport would be best positioned – they suggested Shannon, given the length of its runway and its facilities. I made the point, as I have done before, that Boston Scientific continue to manufacture high end medical devices with each cargo crate valued at around a million euro – yet these crates sit on the apron of Shannon’s runway, in close proximity to grounded jets, get trucked by night to Rosslare and on to Heathrow, from where they get flown to their international destinations.

“Shockingly, around 55% of air cargo in Ireland is trucked – so there’s so many lost opportunities. As an English speaking country on the western fringes of continental Europe, Ireland and Shannon Airport are ideally placed to meet this need.

“I suggested the Irish government should look at what the Luxemburgish state has done to guarantee solid air connectivity for its cargo outputs CargoLux is owned by the Luxembourg government, which has a 56.6% stake – has recorded annual profits €200 million.

“Although civilian air travel might be down, there is no slowing of the movement of cargo between countries. This is a unique opportunity and there’s an essential need for an air cargo to be developed here. I don’t think trucking can meet the needs of our nation and I hope the government can consider state involvement.”