The body of a man, originally from Co Clare, has been recovered during a major search in Galway.

Fergal Guilfoyle, who had been living in Galway, was originally from Ruan and also lived in Ennis. He was last seen on December 15th and Gardaí issued a public appeal for help locating him after he was reported missing.

Gardaí have now confirmed: “Following the discovery of a body yesterday, Sunday 10th January, 2021, the search for missing person Fergal Guilfoyle has been stood down. We would like to thank the media and the public for their assistance in this matter.”

A major search had been going on in Galway Bay for as many as three people reported or feared missing in the Galway City area.

The Galway RNLI Lifeboat and the Shannon based Irish Coast Guard helicopter Rescue 115 were originally involved in the search and were joined by units of the Coast Guard from Cleggan and Costelloe Bay in Co Galway and Doolin Co Clare.

Other volunteer groups including the Oranmore Maree Coastal Search Unit were also involved in the search.

Volunteers from Clare Civil Defence joined the search on Saturday. Members deployed a number of drones over a wide area between Ballyvaughan and Fanore as part of the search.

Members of the Doolin Coast Guard Unmanned Aerial Systems (UAS) team also used a drone as part of the search on the Clare side of the bay while Cleggan Coast Guard members used the technology during the search operation.

Earlier: Gardaí are seeking the public’s help in tracing the whereabouts of Fergal Guilfoyle, 43 years, who is missing from Galway area. Fergal, who is originally from Clare, was last seen in the Newcastle Road area of Galway on 15/12/2020.

He is described as being 5’9″, with dark receding hair, of slight build with blue eyes. When last seen Fergal was wearing a navy jacket, dark blue jeans and a cream beanie hat.

Gardaí and Fergal’s family are very concerned for his welfare and would urge him to make contact. 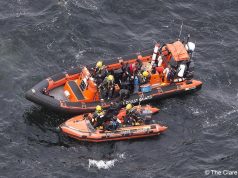 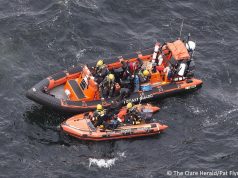 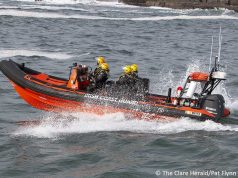 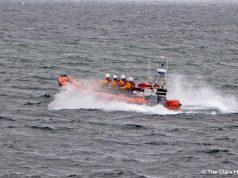 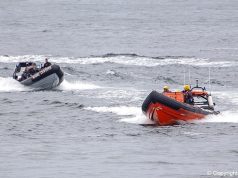 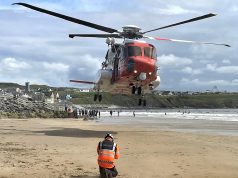