Gardaí have confirmed that an elderly man reported missing late yesterday has been found safe and well.

The man in his 70s was located in a wooded area more than 24 four hours after he was last seen on Monday morning.

A multi-agency search operation mounted when his family became concerned for his well-being late last night. (Monday).  The search was initially concentrated in the area close to the man’s home at Furroor near Kilmaley.

It’s understood that the man had gone to recover his car which had become stuck in the icy conditions on Sunday. He is believed to have left his home at around 11.00am on Monday and when there was still no sign of him late that night, the alarm was raised.

Gardaí requested assistance from the Irish Coast Guard who dispatched volunteers from the Doolin and Kilkee units. Gardaí and Coast Guard personnel undertook a ground search in the area between the man’s home and where his car was located. 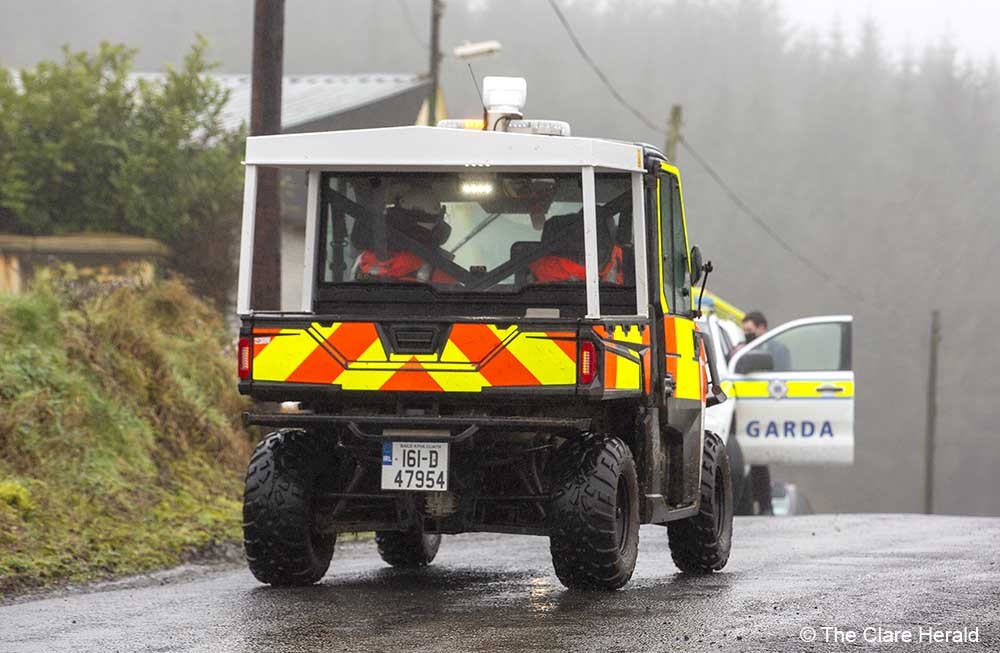 The search was called off after midnight when the was no sign of the missing man.

Gardaí and Coast Guard members returned to the area this morning. They were joined by volunteers from Clare Civil Defence while family, friends and neighbours of the man also turned out to help with the operation. Weather conditions in the area are poor with low visibility in thick mist. 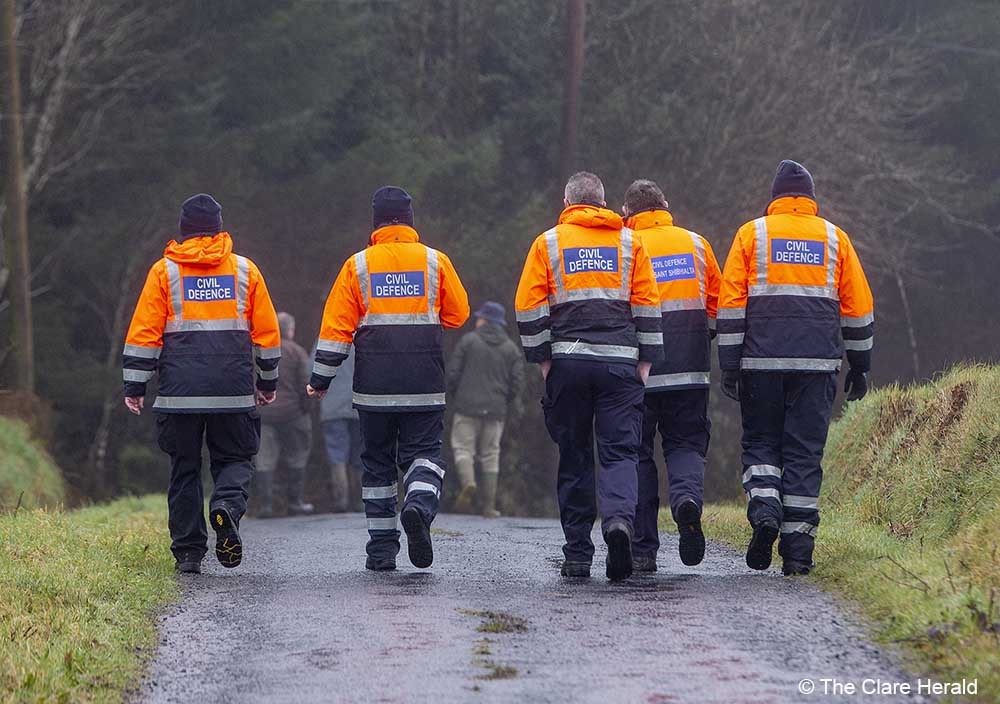 Gardaí issued a text to locals through the community alert scheme asking them to “check outhouses, sheds and lands in the Furroor area of Kilmaley following a search for a male in his 70’s whom there is concern for.”

Shortly before 3.00pm, word filtered through that the man had been found in a wooded area by locals involved in the search.

A Civil Defence EMT (Emergency Medical Technician) and a Coast Guard paramedic went to the scene where they assessed and treated the man until National Ambulance Service personnel arrived.

The man was later transported to University Hospital Limerick for assessment. It’s understood that he is suffering from hypothermia but is otherwise in good health.