The Kilrush RNLI lifeboat was called out to assist two fishermen after the propellor on their boat became fouled on a string of lobster pots.

The alarm was raised at around 3.00pm today when the skipper of the vessel raised the alarm.

Watch officers at the Irish Coast Guard’s marine rescue sub centre on Valentia Island in Kerry requested the Kilrush RNLI lifeboat crew to launch and assist the fishermen. At the time, the fishing boat was located about a mile north of Loop Head.

The volunteer lifeboat crew set off from their station at Cappa and took around 40 minutes to round the tip of the peninsula to reach the scene.

On arrival, the lifeboat crew found the occupants of the vessel were safe and well. The fishermen freed their vessel from by cutting the lobster pot string however they were unable to untangle the rope from their propellor.

Lifeboat volunteers established a long tow and took the casualty vessel to Carrigaholt Pier where they were safely tied up alongside.

Conditions at sea were said to have been calm and ‘ideal’ for the rescue mission. 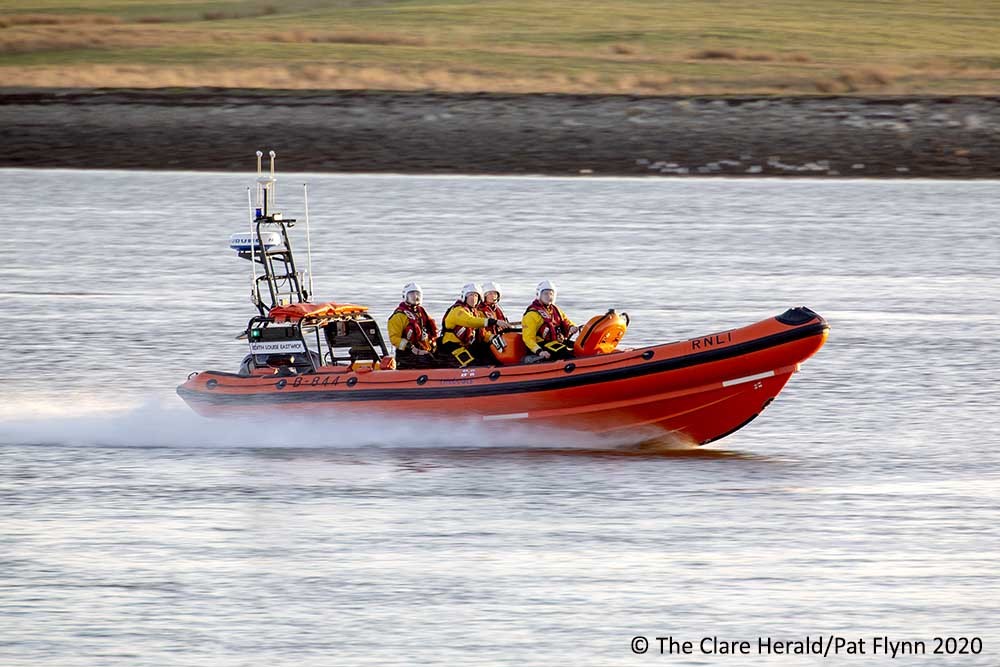