TG4 will honour President Michael D. Higgins, on the occasion of his 80th birthday, with a one-hour special featuring some of Ireland’s finest poets, singers, musicians, thinkers, playwrights, and dancers.

This programme, which will be broadcast tonight at 9.30pm, will be a celebration of the president and his political and philosophical ideals, featuring a word class line-up, showcasing the very best of Irish Arts that have always been of great importance to our President.

One of the world’s leading performers Van Morrison sends greetings to President Higgins, with an exquisite rendition of his classic song ‘Burning Ground’. The legendary singer brings together a gold standard rhythm section in Belfast, for his first Irish television performance in 26 years. Hot off the heels of her recent chart success with the Sawdoctors’ hit ‘N17’, Nigerian born, and Tullamore raised rising star Tolü Makay, gives a breath-taking rendition of her single ‘Don’t let go’ alongside her 4-piece band, from the stunning surrounds of Rathfarnham Castle in Dublin.

Iarla Ó Lionáird and Steve Cooney have forged a unique musical partnership over many years and have become favourite performers of the president, having delighted him on many occasions. Sparks fly when former De Dannan stablemates Frankie Gavin & Mairtín O’Connor team up, in Galway Town Hall Theatre, to tear asunder some sparkling reels and invoke the sound of the city of the tribes!

The harp has been a feature of culture, heritage, and pride for people on this island for thousands of years and Harper and current TG4 Gradam Ceoil Musician of the Year Laoise Kelly, performs the beautiful 17th century melody ‘Caitlín Triail’, alongside two dazzling jigs from the gardens of the Irish Museum of Modern Art, signalling our President’s deep love and respect for the arts.

The next generation of Irish talent are represented by two of the finest singers on this Island who come together for a vocal duet from the Claddagh in Galway on ‘Óró mo Bhaidín.’ Sibéal Ní Chasaide first rose to prominence as a 16-year-old when she performed ‘Mise Éire,’ as part of the 1916 Centenary commemorations. Séamus Ó Flathartareceived great attention with his sister Caoimhe for their unique take on a Sean-nós song ‘Eleanór na Rún’ on TG4’s Fleadh 2020. The clip went viral and has been watched over 300k times with Séamus counting Imelda May amongst others as a fan.

Four time all Ireland champion melodeon player Emma Corbett collaborates with one of Ireland’s most electric dancers Sibéal Davitt, for a specially commissioned performance of Sean nós dance fused with passion and movement of the very highest calibre.

Our President has always championed those on the fringes of society and within traditional Irish music, there is an appreciation of Traveller culture because so many admired musicians and singers have come from that tradition. Paddy Keenan of Bothy Band fame joins with Gradam Ceoil TG4 Singer of the Year 2019 Thomas McCarthy to perform a spine-tingling rendition of ‘Donal Kenny’ in what is a display of the very finest of Irish traditional song and Uilleann Piping.

It will also reflect his support of the values of active citizenship and a caring community, his deep commitment to equality and to human rights, civil rights, LGBT+ rights, Traveller’s rights, language rights and his part of the struggle for gender equality from the 1970s to today. 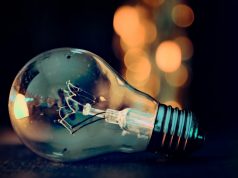 €200 electricity credit payment due next month