The Killaloe unit of the Irish Coast Guard was called out last evening to lend assistance to two people after their boat broke down on Lough Derg.

The volunteer units was tasked at around 7.00pm by watch officers at the Irish Coast Guard’s marine rescue sub centre on Valentia Island in Kerry.

It had been reported that a vessel with two persons on board had suffered technical difficulties close to Derrycastle on the Tipperary shore.

Two teams were dispatched, one by boat and the other by road vehicles.

The boat crew launched located the casualty vessel within minutes. A crew member was transferred to the boat which was taken on tow back to Killaloe where the shore team was on hand to assist with the safe mooring of the vessel. 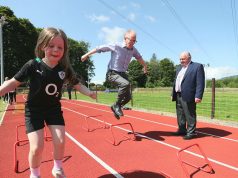