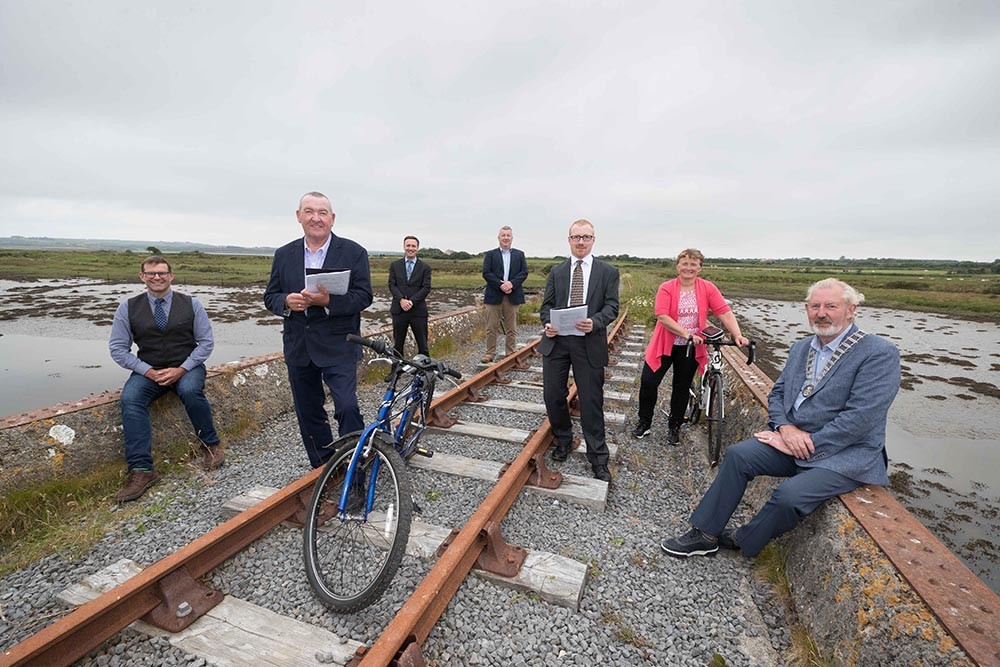 It has been a long-term objective of Clare County Council to create a world-class Greenway along the route of the old West Clare Railway “from Ennis as far as Kilkee” that, crucially, connects with all of the towns and villages along the way.

The Greenway will provide economic, social, health and environmental benefits not alone for people living in Clare but for all those who visit our beautiful county. The West Clare Railway was made infamous through Percy French’s song, “Are ye right there Michael, are ye right?” and, while the lyrics recall the unreliability of the old rail service, they have also helped build momentum for its reinstatement as a Greenway.

Clare County Council is delighted to announce the appointment of Roughan & O’Donovan Consulting Engineers to progress the options, route selection, design and assessment phases of the first section of the Greenway between Kilrush and Kilkee via Moyasta.

According to Cathaoirleach of Clare County Council, Cllr PJ Ryan: “The West Clare Railway Greenway is a project that can bring benefits to everyone living in and visiting Clare. I am delighted to see this project making positive progress.”

Pat Dowling, Chief Executive, Clare County Council, said: “Greenways provide health and wellbeing benefits for people in rural communities, and can contribute to the local economy through increased tourism. The route of the old West Clare Railway is ideal for the development of a new Greenway, which will be a wonderful amenity providing access to Clare’s beautiful scenery and countryside.”

Carmel Kirby, Director of Physical Development, Clare County Council, said: “The appointment of consultants for the Kilrush to Kilkee section of the West Clare Railway Greenway is a very welcome development. The Greenway will further enhance Clare’s outstanding tourism offering, while also providing a new recreational facility to people living in the county.”

The project is being led by the Council’s Project Management Office whose Senior Engineer, Seán Lenihan, said: “We have a long road ahead of us but it is absolutely wonderful to get to this stage. We are also currently preparing the tender documents for the next section between Ennis and Ennistymon via Corofin before moving on to the final section connecting Ennistymon to Moyasta via Miltown Malbay, so it is all go. The project does have its challenges, however, and its success will depend on cooperation and collaboration between all parties involved, but we are committed to working with all affected parties to ensure a positive outcome.

While the proposed route safeguarded in the County Development Plan is along the old railway line, we fully accept that, for the most part, this is in private ownership and many people have built homes, sheds, yards, etc., along the line or very close to it over the years. Others have levelled embankments and reclaimed their land, but we are absolutely committed to working with landowners in the area to find a mutually acceptable route.

I have said many times that while trains had to run in straight lines, walkers and cyclists do not, so we are quite open to moving the route in or out or to the edge of a field so as not to interfere with property or farming practices. We are really excited to get to this stage and, following an initial period of data gathering, we will be getting out in the next couple of weeks engaging with the landowners, the public and community interest groups,” Mr Lenihan concluded.

The Project Management Office at Clare County Council would be delighted to hear from interested parties who can contact the office at 065-682 1616 or by email.